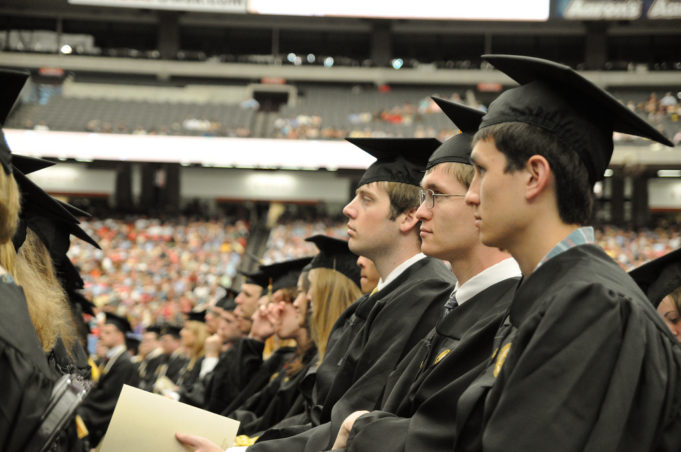 College and higher education is becoming an unreachable goal for some Virginians due to its ever-increasing cost on tuition. A move from the Republican-led House of Delegates is set to combat higher education costs for in-state tuition in Virginia after a 15-4 vote on Wednesday during the Education Committee.

House Bill 351, introduced by Delegate David Reid (D-Ashburn), is set to cap in-state tuition rates at public colleges in Virginia for the next four years to reduce the increased costs of higher education. As the bill is written, the cost of tuition will be capped at the rate charged to students per the first academic term of the 2017-2018 college calendar.

The bill, however, will not change costs of room and board, nor will it provide a capping opportunity. The increase in the costs of room and board at public institutions of higher education are, “to be increased on an annual basis in advance of the first academic term of the academic year, but requires the percentage of such increase to be capped at 90 percent of the annual percentage increase in the Average Consumer Price Index for all items, all urban consumers (CPI-U) for the preceding calendar year, according to the bill’s text.”

The bill will now head to the House Appropriations Committee, chaired by Delegate Chris Jones (R-Suffolk).

There are a few public college and universities in Virginia that have versions of the bill’s stipulations already. The College of William & Mary, tout similar cost caps.

According to The William & Mary Promise, “Among Virginia public universities only W&M guarantees no in-state tuition increases for the four years of a student’s undergraduate education.” As reported on Thursday in the Richmond Times-Dispatch, incoming students for the Williamsburg-based institution of higher education will pay 6.5 percent more than the $17,434 the freshman class was charged at the beginning of the previous academic year.

In the report, Peter Blake, director of the State Council of Higher Education for Virginia, claims that the decisions regarding the cost of higher education should be left to the boards of visitors at each respective school. “It looks at only one side of the equation,” Blake stated. “Higher education is a shared responsibility,” he added.

Subsequent bills regarding higher education are also making their way through the Virginia House of Delegates. House Bill 1138, introduced by Delegate Marcia Price (D-Newport News) is part of Governor Ralph Northam’s higher education agenda, which rolled out of a subcommittee earlier this week.

The bill establishes the Office of the Qualified Education Loan Ombudsman within the State Council of Higher Education for Virginia. The legislation will require the office to engage in, “receiving, reviewing, and attempting to resolve complaints from qualified education loan borrowers,” according to the bill.

The Republican-controlled committee overwhelmingly approved the measure by a 17-4 vote. A similar legislative measure was approved by the Senate Education and Health committee last week.

The bills were sought to both stave off the increasing costs of higher education and amend the loan borrowing process for college students in order to provide more transparency. While the legislation is a good start, accountability should not begin and end with colleges. Metrics for the analysis of gainful employment when compared to a specific degree or institution can also provide a useful way of filtering out programs that do not grant a student a decent return on investment.