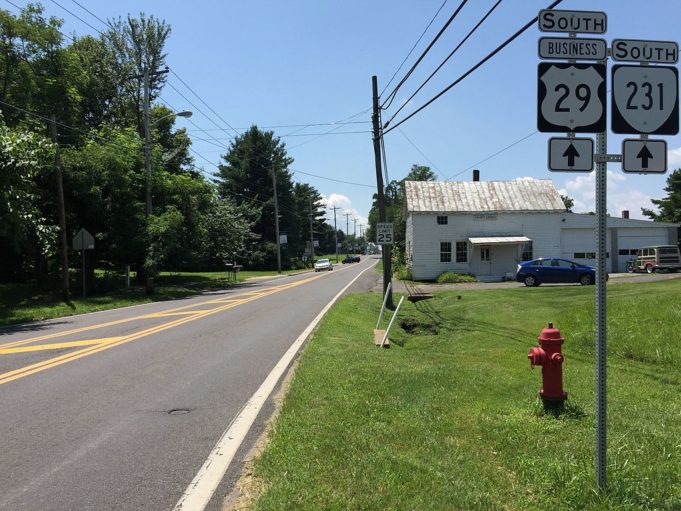 When candidates around the Commonwealth have their eyes set on the elections for all 140 seats in General Assembly in 2019, one potential Democratic candidate is already working towards a campaign for Congress in 2020. Roger Dean “R.D.” Huffstetler recently said he is working to unseat freshman Republican Congressman Denver Riggleman (VA-5).

In 2018, Huffstetler ran for the district’s Democratic nomination, losing out to Leslie Cockburn. Riggleman defeated Cockburn in last year’s midterm election 53 percent to 46 percent in the sprawling district that stretches from the North Carolina border to Rappahannock County in Northern Virginia.

Many may know Huffstetler not for what his campaign represented, but his seemingly-faked country accent.

Just like 2016 Democratic presidential nominee Hillary Clinton, who presented reverse cultural airs like shifting her regional accent, and even telling “The Breakfast Club,” a hip-hop radio show based in New York City, that she always keeps hot sauce in her purse, it is a common notion that Democrats love to pander.

In his 2018 promotional video “Best I Can,” Huffstetler tells his life story to the camera with an “aw shucks” attitude, replete with references to grandmother “Mama Sue’s” farm, in a soft, but distinct southern twang. Notably, he is also sitting on a bale of straw with a farm-weathered single-cab Ford F250 pickup truck in the back drop – all of the things that warm the hearts of voters in Virginia’s Fifth Congressional District.

It’s all very convincing, but that is only until people watch a 2013 video of Huffstetler when he addressed a tech-savvy audience on technical subjects about his business, Zillabyte, at the Launch Conference in San Francisco, California. Very noticeably, his twang is far less pronounced.

It is possible that folks on the West Coast many not have been as willing to center their attention on Huffstetler if he was talking about systems integration and other tech topics while sounding like some backwoods-dwelling good ol’ boy with a “bless your heart” sentiment, but it does raise many questions regarding authenticity going up against Riggleman in 2020.

Surely, voters in VA-5 won’t have their biscuits buttered just by a candidate chewin’ the fat over chopping wood, feedin’ cows, and “thangs” that “Mama” always said, especially when that may not be as authentic as one is led to believe.