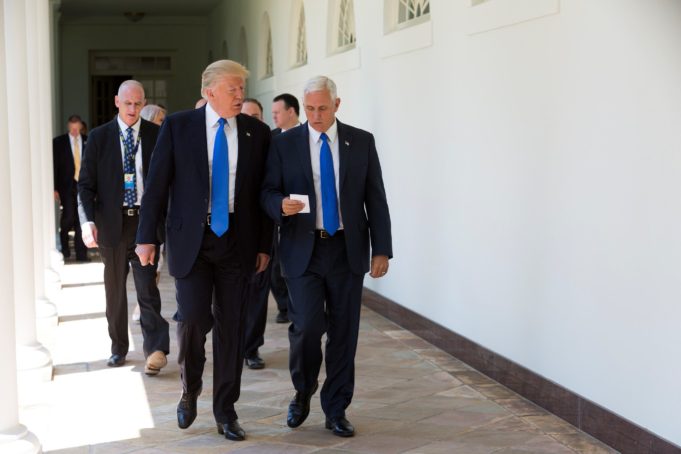 On Tuesday, Attorney General Merrick Garland revealed in an interview that his office has not ruled out the possibility of filing formal charges against President Donald Trump over the peaceful protest that took place at the U.S. Capitol on January 6th.

According to CNN, Garland made the statement in an interview with NBC’s Lester Holt, saying that:

“we pursue justice without fear or favor. We intend to hold everyone — anyone — who is criminally responsible for the events surrounding January 6 or any attempt to interfere with the lawful transfer of power from one administration to another accountable.”

When Holt pressed Garland further on the matter, Garland again said that he would “hold accountable anyone who is criminally responsible for attempting to interfere with the legitimate, lawful transfer of power from one administration to the next.”

Democrats and many far-left activists have publicly called on Garland’s Department of Justice (DOJ) to file charges against the popular former president, despite there being no evidence that Trump himself was responsible for the protest, which has been falsely described as a “riot” and “insurrection.” The hearings by the January 6th committee have actually done more to exonerate Trump than incriminate him, with testimony from alleged “star witnesses” such as Cassidy Hutchinson quickly falling apart under the slightest of scrutiny.

Most recently, a newly-unearthed memo from the Pentagon revealed that it was President Trump who requested extra security be provided by the military at the Capitol, anticipating that there would be protests against the widespread and credible allegations of voter fraud in the 2020 election. The request by Trump was ultimately shut down by then-acting Secretary of Defense Christopher Miller, who believed that the military’s presence for the counting of the suspicious electoral vote by Congress would give the impression of a “military coup.”

The push by the far-left for criminal charges against Trump has also been called out as a political move, as an attempt to dampen Trump’s image ahead of the 2024 presidential election, where he is widely expected to make a comeback bid for the presidency.