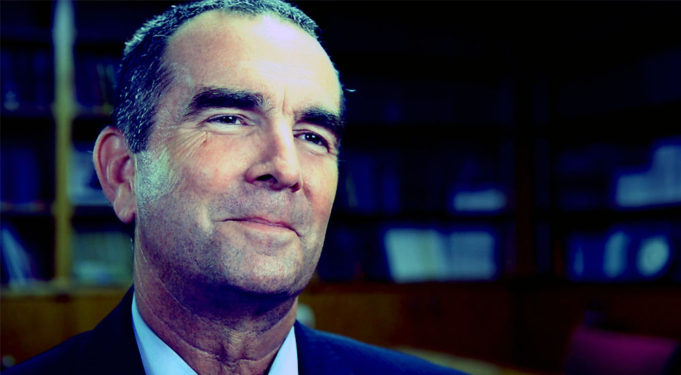 The panic is real in the Northam camp.  Squidgy numbers, out of cash, and getting hammered in the media for taking $1.1 million in cash from special interests while having McAuliffe bend on offshore drilling — August has not been kind to Northam.

Dark money coming to the rescue in probably not the position that Northam wanted to be in before the Labor Day holiday — traditionally the kickoff for campaign season in Virginia.  Yet Gillespie continues to chop away and define the battlefield on the economy and jobs while Northam hobbles from social issue to statues to fumbling his stance on the Atlantic Coast Pipeline.

…and when it comes from the likes of Tom Steyer?  Watch out.  From the Washington Post:

Steyer has crusaded to put climate change at the forefront of public policy, spending more than $100 million on elections as well as other efforts to combat it.

His group’s support for Northam comes despite the fact that the Democrat has been largely neutral about two proposed natural gas pipelines that would snake through Virginia.

Many environmentalists in the state, along with some landowners, are opposed to the pipelines and say they are angry with Northam, who has maintained that the projects’ fate is up to federal regulators and the state has little say. His Republican rival, Ed Gillespie, supports the pipelines.

Translation into English?  Northam is feeling a tremendous amount of pressure to act against the interests of Virginia taxpayers and energy ratepayers in the service of a narrow, hostile, and anti-clean energy political interest from outside the Commonwealth.

Given that Northam has already bent the knee on abortion, guns, right to work, offshore drilling, education, transportation, and every other issue of merit as the progressive wing of his party has demanded, it’s only a matter of time before Northam finks on this as well… $2 million is a convincing argument for some.