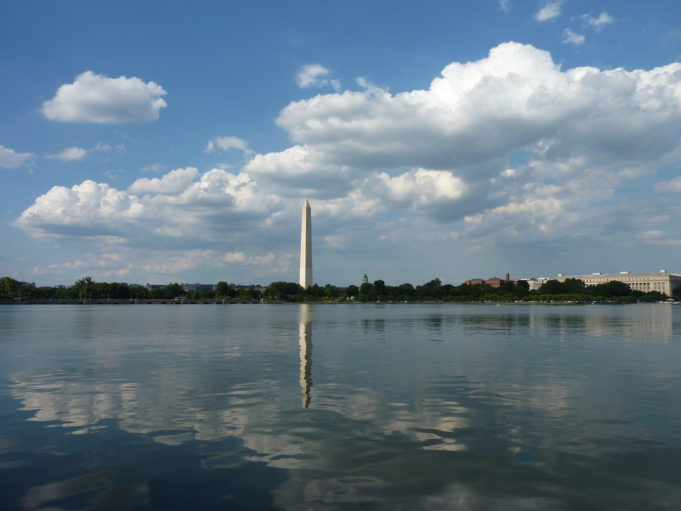 President Donald Trump has erased a potential $882 million worth of bonuses from federal employees in the Washington, D.C., area. This is roughly the amount of money that would have been granted to federal workers through a 2.1 percent pay increase that was set to be instituted on January 1.

According to a report from the Washington Business Journal, in July 2018, there were 364,300 federal jobs in the Washington metro area, which was 4,800 fewer than last July and the lowest July level since 2008. Though, that is just a fraction of the more than two million people who are currently employed by the federal government.

In cutting the bonuses, it erases an average pay of $2,421.08 per federal employee in the D.C. region.

“We must maintain efforts to put our Nation on a fiscally sustainable course, and Federal agency budgets cannot sustain such increases,” Trump said in a letter to Congress released on Thursday. Legislatively, Congress has the ability to override Trump’s decision by passing its own increase; however, Congress has not overridden a president on this matter in years.

In Virginia, there are hot spots of federal workers in the Northern Virginia area close to the capital, as well as down in Hampton Roads and Virginia Beach, where the world’s largest naval base is located. Whenever a government shutdown, or any other type of pay rate change occurs, it has the ability to have wide negative repercussions.

Congresswoman Barbara Comstock (VA-10) said via a press release that “Our public servants have been getting shortchanged for years; including three years of pay freezes under the Obama administration.”

She explained that “Republicans recently made a strong statement in the House of Representatives supporting ICE and the work our dedicated homeland security officials do. Dedicated work is also done by our civilian employees at other national security agencies, the FBI, DEA and other law enforcement agencies, as well as the National Institute of Health where dedicated federal employees search for cures to diseases that drive up the costs of health care everyday.”

“We cannot balance the budget on the backs of our federal employees and I will work with my House and Senate colleagues to keep the pay increase in our appropriations measures that we vote on in September,” Comstock said.

Taylor added, “I oppose this decision and will lead an effort to reverse its effect.”

In a report from Politico, the Senate has already backed a 1.9 percent pay raise for civilian federal employees, part of a four-bill, $154 billion package that passed with a 92-6 vote earlier this month. House Republicans, who hold the majority, have approved their own spending bill that endorses the White House’s pay freeze.

The President has argued that pay raises should be tied to “performance” rather than “across-the-board” increases.

Trump is also cancelling the Federal Adjustment of Income Rates Act, which includes extra pay for federal workers living in more expensive parts of the country, like Washington, D.C., where the cost-of-living adjustment amounted to a pay increase of just less than one percentage point. The legislation was widely back by federal employee unions. The Trump Administration claims this adds up to about $25 billion for the next fiscal year.