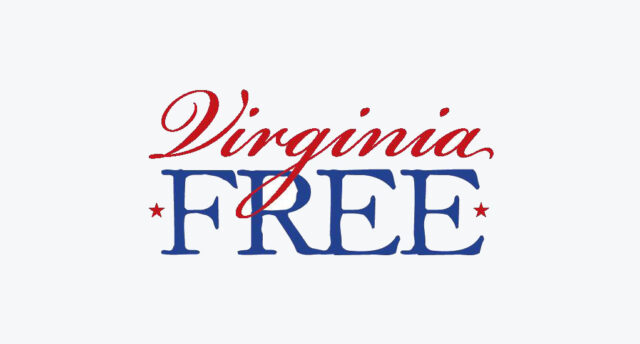 Virginia Ranks #6 for Best State for Workers who want a job.

There are a LOT of rankings and polls coming out these days.  Some are credible; others less so.

Recently, a ranking was released by British-based environmentalist group Oxfam that graded the states and the District of Columbia. This is the second year of their ranking. Here’s what their release stated:

In 2018, workers are not sharing in the bounty of our thriving economy—and the federal government is not going to make changes that matter. However, some states are taking steps to keep working families out of poverty, and to give them a decent chance. How does your state rank?

Wait. How are these rankings compiled? And what is Oxfam anyway?

Oxfam predicates their ranking on how well working families do in states relative to being able to get out of poverty. This relates to their organization’s mission which states:

Oxfam is a global organization working to end the injustice of poverty. We help people build better futures for themselves, hold the powerful accountable, and save lives in disasters.

Got it? Oxfam wants “to end the injustice of poverty” with one small problem: they didn’t rank states on their rates of poverty.

Bet you want to know where Virginia ranks on poverty, don’t you?  Not yet.  (And please no Googling.)

Oxfam ranked the states and DC based on three areas of policy that Oxfam thinks will help working families get out of poverty.  But what if they are not…

Those three policies areas according the global organization that is working to end the injustice of poverty are as follows, copied directly from their ranking:

We evaluated states on three dimensions:

THE BEST AND WORST STATES TO WORK IN AMERICA.

Break down those three policies areas and what do they suggest? That if Virginia ends the Dillon Rule so localities can be pressured to implement local minimum wage increases and repeals Right to Work magically the Commonwealth would “keep working families out of poverty.”

A quick Wikipedia search found that Virginia is ranked #11 in the rate of poverty.  Well, wait a second… Virginia was just ranked the worst state in America for workers.  Maybe we should check other rankings that relate to workers.

How about the unemployment rate? You know – do workers have actual jobs. According to the Bureau of Labor Statistics, Virginia is tied for #7.

Okay.  Google, how about median family income? World Population Review says Virginia is #9.  Wow. So combining Median Family Income and the Unemployment Rate rankings, Virginia is #8?  Nope. With those two rankings, compared to all the other states and DC, Virginia is actually #4.

But Oxfam seems to imply Virginia is the WORST STATE TO WORK IN.  Something doesn’t square up.  Well, how affordable is Virginia?

U.S News and World Report says Virginia is #31 in affordability. This seems like an area on which the Commonwealth should focus some attention. Housing is kind of expensive. That means demand is ahead of supply. Time to build more housing units.

Are workers getting their money’s worth in K-12 schools?  Wallet Hub by way of Forbes (thanks again Google) ranked Virginia public schools #6 in the nation. (Quality – #7 and Safety – #2)

Higher ed? Virginia is #1.  No, that does not include recent team sport national championships which would be great considering UVA’s two recent nattys. But we might get deductions considering Virginia Tech doesn’t have any ever.

Well, how safe is Virginia?  According to World Atlas, which used FBI crime statistics, Virginia is #13 for safety. Other recent surveys had the Commonwealth at #4. We used #13 since it was the most recent one.

Health care? How healthy are Virginians and how good is our health care system compared to the other states?  America’s Health Rankings has Virginia at #20.

How green is Virginia’s environment for its workers?  Forbes says #23. Not great but… not last.

Fine. We’re not as bad as Oxfam tries to makes us out to be.  Probably a bunch of Maryland grads anyway lamenting being kicked around the Big Ten after they left the ACC…

BUT ARE WORKERS IN VIRGINIA HAPPY?

Ask them yourself.  If you want to know where Virginia ranks in the Happiest State Rankings, Wallet Hub says we are #15. They say our Work Environment is #25 by the way.

Confused?  YES, THERE ARE SO MANY RANKINGS!!!  Well, we totaled up the aforementioned, did not include debunked ones, and did the math thing relative to the other states and DC.

Virginia Ranks #6 for Best State for Workers who want a job, good pay, send kids to school, ride the roads, lock the doors at night, then send their kids to college, need health care, pay the tab, breathe the air, and at the end of the day ask “Am I happy?”

Virginia is most certainly NOT the worst state for Workers.

Oxfam’s rankings are just not credible if you only consider three areas of public policy.  And we REALLY like the Dillon Rule and Right To Work.  Gallup Poll on national popularity of Right to Work?  Over 70%

Virginia is the #6 Best State for Workers

Thanks to Oxfam, now we can focus on going for the gold.  #6 might be good for most states, but this is the Commonwealth of Virginia and we have standards — being #1 is the standard.  Repealing Virginia’s right to work laws and ending our Dillon Rule will not help us get there anytime soon.

Chris Saxman is the executive director for the Virginia Free Enterprise Foundation and a former member of the Virginia House of Delegates.