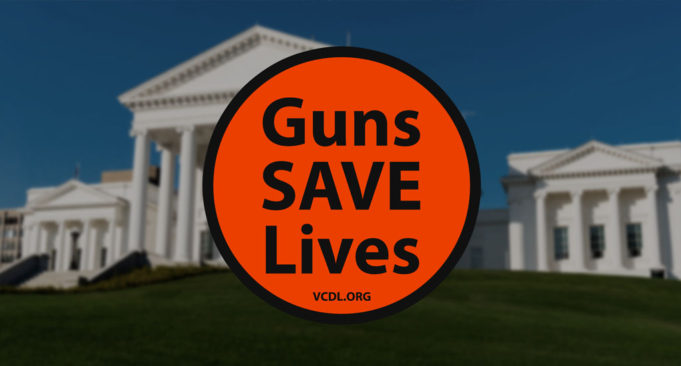 The incident in question took place at the Exxon gas station on the 2300 block of Richmond Highway around 3 PM, per reporting by local media outlet WDVM.

The would-be victim killed one perpetrator and injured another in the incident per police reports.

Although my stance will be unpopular with many of my Arlington County neighbors, I believe this incident shows that we need fewer gun restrictions in Northern Virginia.

Crimes and carjackings have gone up in recent years, and the area is a prime target for criminals looking to make a quick getaway as local law enforcement chooses not to chase suspects across state lines. Suspects can commit crimes in Alexandria and be in DC or Maryland in a matter of minutes and vice versa.

“In general, the neighborhood is changing for the better, but there’s just a lot more kind of petty crime that happens, and it’s something that we have to be aware of.”

With the Amazon HQ2 already settling into the newly revamped “National Landing” neighborhood – formerly known as Crystal City – and a planned move of Boeing’s headquarters to the area announced earlier this month, higher earners will be living there and most likely walking or biking to work – exposed to both the elements and criminals.

As Americans, we reserve the right to protect our lives, liberty, and property.

The individual who used their firearm in self-defense last week did just that by excising their Second Amendment right.

Both Alexandria (where the incident took place) and its neighboring jurisdiction of Arlington County (where I live) have quite firm gun restrictions. This should come as no surprise as Washington, DC – home to America’s most stringent gun laws is just a stone’s throw away across the Potomac River.

In Arlington County, private transfers of firearms are banned – even amongst domestic partners. In Alexandria – where this incident took place – the official webpage of the city’s police department states:

“No firearm or airgun (BB) can be discharged within the City limits except by law enforcement officers in the performance of their duties. “

That alone appears to be in place to discourage citizens from exercising their rights to self-defense even though the Second Amendment supersedes local regulation on such matters.

If Republicans take back the Virginia Senate in 2023 we may even see permitless carry – also known as constitutional carry – at the state level.

I will admit that such a move is a bit of a pipe – dream right now – but if it did happen Virginia would be on back the right track when it comes to gun rights. The Commonwealth would join an ever-growing group that – as of last month- includes 25 states that have such legislation in place.