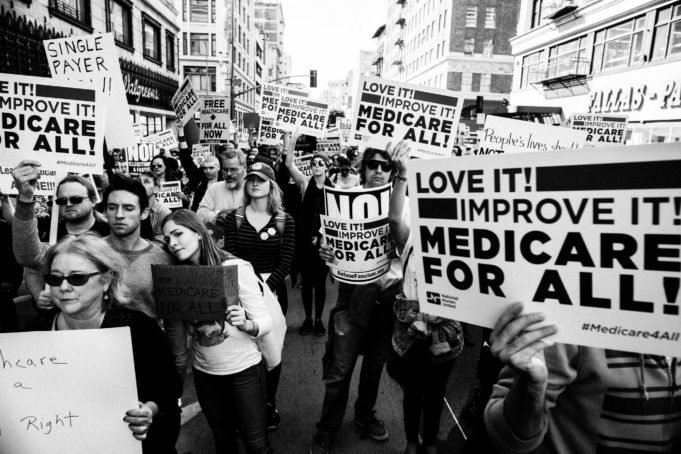 Virginia was the latest state to succumb to the expansion of government-sponsored healthcare under the Obama-era Affordable Care Act (ACA), which has some cheering in the stands of the arena of the General Assembly. Conservatives said, quite rightfully, that at some point in the future the Commonwealth will have to pick up the other 90 percent of the bill the federal government pays when it is (finally and hopefully) gutted. All of which leaves fiscally conservatives worrying of the years ahead.

Regardless of whatever whomever thinks about government healthcare expansion in Virginia, or anywhere else, it must be noted that taxpayer dollars going to healthcare services are not usually well-spent. This especially true after a report came out showing some of the wasteful programs within Medicare.

The Daily Caller reports that Medicare Payment Advisory Commission (MedPAC) conducted a study and found three services categorized as “low-value care” or “care that has little or no clinical benefit” that drained hundreds of millions of dollars from Medicare between 2011 and 2016.

The three services highlighted in the report are: early dialysis for people with functional kidneys, proton beam centers, and H.P. Acthar Gel.

In 2016 alone, the federal Medicare program spent between $500 million to $1.4 billion on early-stage kidney dialysis that, “is not associated with improved outcomes,” according to the report.

When it comes to H.P. Acthar Gel, Medicare initially spent $49 million in 2011, but skyrocketed to $504 million in 2015. Acthar, which can be used to treat symptoms of Multiple Sclerosis (MS), has “weak evidence” of being an effective treatment. In addition to questions about the treatment’s desirability, 71 percent of physicians, according to the report, received payments from the manufacturer not related to research.

The report suggests a better pay to go about government-sponsored healthcare is to tie treatment effectiveness to coverage and payment under Medicare.

Currently, “Medicare’s coverage process considers, but does not require, comparative clinical effectiveness evidence,” when deciding which treatments to cover, the report states.