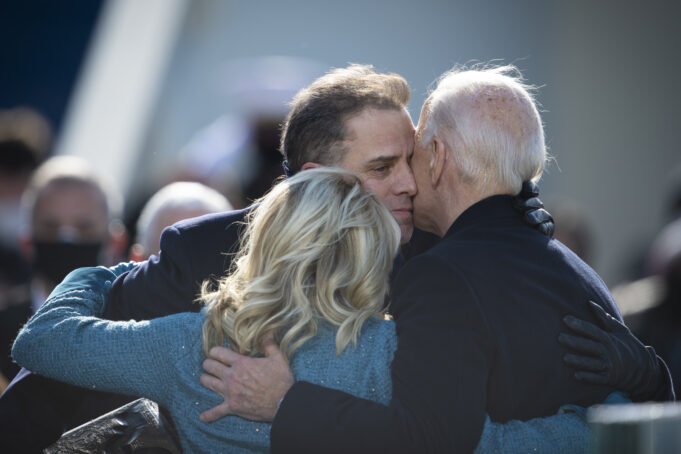 Despite the Justice Department (DOJ) being currently run by Joe Biden cronies, Rep. James Comer (R-Ky.) the ranking GOP member of the House Oversight Committee, predicts Hunter Biden will be indicted by January after the Republicans take control of the House in November.

“Hunter Biden left a trail that any prosecutor would be hard-pressed to turn a blind eye to,” said Comer during an interview on Newsmax TV.

Comer added that the various charges that have been reported “are the least of Hunter Biden’s problems,” and the DOJ is investigating Hunter on a “litany” of federal charges.

The public charges “are just a slap on the wrist compared to the criminal wrongdoing we believe he has participated in” over the last 10 years, said Comer.

“He’s been dealing with shady characters all over the globe.”

“This guy is in a lot of trouble, and the Department of Justice doesn’t know what to do,” Comer told Newsmax on Thursday evening.

Comer understands the DOJ officials may be in a tough spot, investigating the son of a current president. As such, the Justice Department might opt for charges that are serious enough to presumably stick, but ones that also “protect” Hunter Biden from testifying before Congress.

“That’s been my fear all along,” admitted Comer.

But Hunter isn’t the only Biden involved in shady business schemes and illegal activity.

Some House Republicans believe that Jim Biden, President Biden’s brother, has been “the brains of the operation,” when it comes to maximizing the Biden family’s business dealings.

Whether and how the ‘Biden crime family’ includes Joe Biden is still to be determined, but it seems that ‘the Big Guy,’ or ‘Pedo Pete,’ will be facing much more scrutiny after the GOP retakes the House this fall. ALD