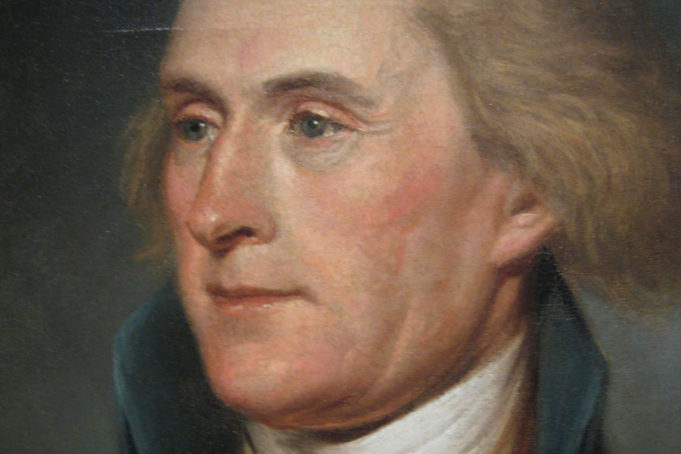 “This institution will be based on the illimitable freedom of the human mind. For here we are not afraid to follow truth wherever it may lead, nor to tolerate any error so long as reason is left free to combat it.”
— Thomas Jefferson to William Roscoe, December 27, 1820

The Washington Times echoes a report from Campus Reform which has obtained a copy of a list of demands from UVA student organizations targeting Thomas Jefferson as an “emblem of white supremacy” with a list of demands, including the reinterpretation of the Jefferson Monument in front of the Rotunda, the renaming of several buildings, and a diversion of funds given by the KKK with interest towards diversity groups.

Among the list of demands is the increase of black student population ratios from 6% to a more representative average of 12%.  The list of demands also asks for more black professors at the University, increasing the number from 3% to something more respectable.

More alarmingly, the list of demands includes deeming the Lawn a “residential space” that would prevent the public from using it as a public space, and banning so-called hate speech from the University itself by preventing either Richard Spencer or Jason Kessler — two of the most notorious individuals included in the recent rise of Alt-Right.

Curiously, for the measured tone in parts of the “demands” (which you can read here) there is very little introspection with regards to leftist extremists groups such as Planned Parenthood Vox chapters or Antifa or Soros-linked organizations.

If there’s one place where the left continues to demonstrate a complete lack of empathy for the other half of humanity, it is the total lack of introspection when it comes to the logic of violence embedded in the left.

One might have been more impressed if the UVA student organizations had taken opportunities to restore dialogue (actual dialogue, not the fig leaf of dialogue) and a return to reasoned and logical argument.  Free speech isn’t the enemy; poor reasoning is… or at least, that’s what Thomas Jefferson might have argued — and did.

We should be very careful not to confuse diversity with mediocrity.  Jefferson does not require context; we require education, and we cheat ourselves with the shortcut of so-called context and “good speech” in a society too lazy to pursue the perils of free inquiry and free speech.