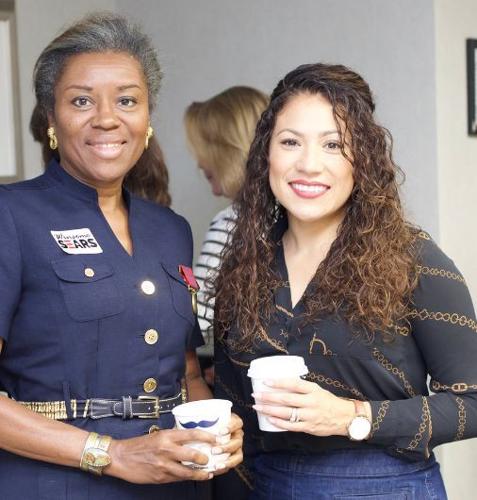 Virginia congressional hopeful Yesli Vega, running for the seat in Virginia’s 7th district, has received yet another huge showing of support from one of Virginia’s biggest names.

“I am proud to endorse Yesli Vega in Virginia’s 7th Congressional District race. As a law enforcement officer, Yesli already puts service above self since she puts on her uniform every day not knowing if she will return home that night,” Sears, Republican, said in a lengthy statement released Monday by Vega’s campaign.

Lt. Governor @WinsomeSears is a role model for so many women fighting to make a difference across our country. I’m blessed to have her support in my race for the 7th! pic.twitter.com/fTH6Mhgk23

“Yesli is a Board of Supervisor member, a wife and mother, and a product of the American Dream!” she said. “She is exactly the congresswoman we need to ensure the needs of the people of the 7th District are front and center and to get our country back on track.”

Sears said the Republican nominee challenging U.S. Rep. Abigail Spanberger, D-7th, is a no-nonsense leader who works tirelessly for her constituents at every Board of Supervisors meeting.

“I have no doubt that she will continue to fight for us and our American values in Washington. I’m thrilled to support Yesli in her race for Congress and encourage all freedom-loving Americans to get behind her in this competitive race,” Sears said.

Vega has also received support from other other high profile GOP members, such as from Senator Ted Cruz. Cruz lent Vega support in her original bid for her congressional seat, and continues to support her in her fight for latino voces in the GOP.

The Hispanic community is fed up with Biden’s out of control open borders & the train wreck the Democrats’ socialist agenda has been— food & gas prices are through the roof! https://t.co/zkV4kPNgD0