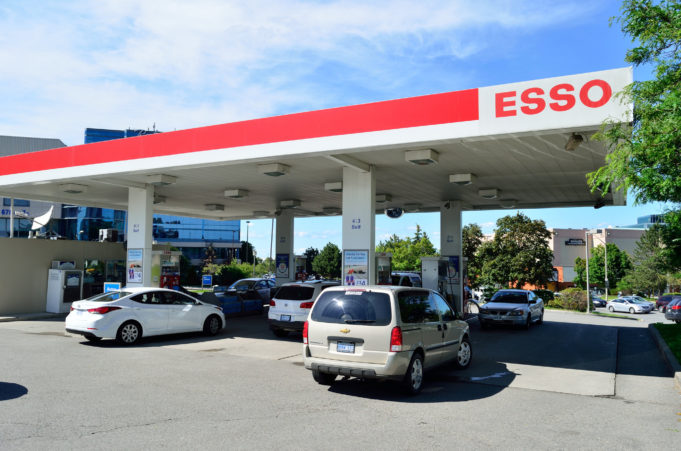 As global and national gasoline prices continue to trend downward, the average cost for a gallon of gas in Virginia has fallen below $4.

As of Aug. 2, the average gallon of gas costs about $3.97, according to numbers provided by AAA. For a gallon of diesel, the average cost is dipping closer to $5 per gallon, but still sits at about $5.16. This is much lower than gas prices one month ago, which were about $4.63 for a gallon of regular gas and more than $5.70 for diesel.

In many parts of the state, the average cost is still hovering over $4, particularly in northern Virginia. In Fairfax City, a gallon costs more than $4.48 on average, in Fairfax County and Alexandria is slightly higher than $4.41 and in Arlington County, it’s more than $4.42.

Although many people have cast blame on certain politicians or oil companies for the high cost of gas and some politicians have tried to take credit for prices trending downward, Marc Scribner, a senior transportation policy analyst at the libertarian Reason Foundation, told The Center Square that they have little effect on fluctuations in the price of gas.

“The global price of oil is the primary determinant of what the fuel prices we pay at the pump are,” Scribner said.

Scribner said oil has a vibrant futures market and people betting on whether the price will go up or down is the main factor in the cost, which is similar to any commodity. He said rebounding economies, higher travel, demand for oil and responses to global events, such as the Russian invasion of Ukraine, have caused the gas prices to rise. The ongoing invasion of Ukraine and the subsequent sanctions that took Russian oil out of portions of the global market, he added, could continue to affect gas prices.

Oil companies faced criticism for high prices earlier this year, but Scribner said they are only responding to market signals. He said individual companies have very little to do with the price of gas at the pump.

“They are price takers, not price setters,” Scribner added.

Gas prices in Virginia continue to be slightly lower than the national average. At the national level, the average cost for a gallon of gas is slightly less than $4.19.