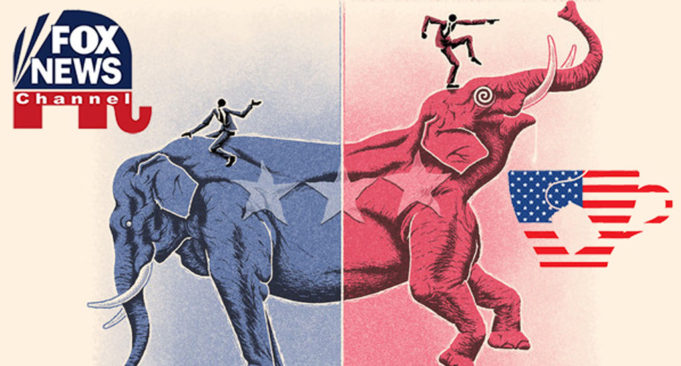 “Republicans are losing Virginia because independents — and Republicans — find the Republican Party repulsive.”

Donny Ferguson is a known political quality among libertarians and conservatives nationwide — at least among those who do actual work.

So when he offers his breakdown of Republican misfortunes in Virginia, they are worth paying attention to indeed.  From his self-titled online journal:

If you break the 2009 and 2018 elections down into their component parts (candidate share by party ID) independents and Republicans who no longer support the GOP under Trump account for a -18.4% shift, enough votes to wipe out the GOP’s +17.3 2009 advantage.

>>>> Virginia’s only grown around 5% more Democrat since 2009. If Republicans had simply held on to independents and their own party, Corey Stewart would have won Virginia by 6.1%.

Republicans lost because independents and even Republicans no longer support the Trump-era GOP.

The problem here isn’t that Democrats are winning a demographic battle (even though it is leaning in their direction).  Rather, it is that Republicans and independents are refusing to vote Republican as the party continues to lean towards base elections.

Ferguson’s closing argument — or rather, his opening one — is pretty blunt and direct:

Republicans are losing Virginia because independents — and Republicans — find the Republican Party repulsive.

Over the last five years, we have witnessed the alarming introduction of alt-right sentiment cloaked as “nationalism” in our ranks.  Republicans and independents just want the government to run.  They might even want to be a pro-education party again.  But what they cannot and will not tolerate are strikes against free minds, free markets, and a free society.

In short, we’re losing the Reagan voters in pursuit of Dixiecrats — and that’s a terrible exchange of values and voters.

Of course, the temptation to blame is self-evident.  The opportunity to provide a coalition that actually recaptures the narrative is overwhelming, because what the numbers suggest isn’t that the Democrats are riding a magical wave, but rather that through a five-year period of infighting, we as Republicans have failed to lead.