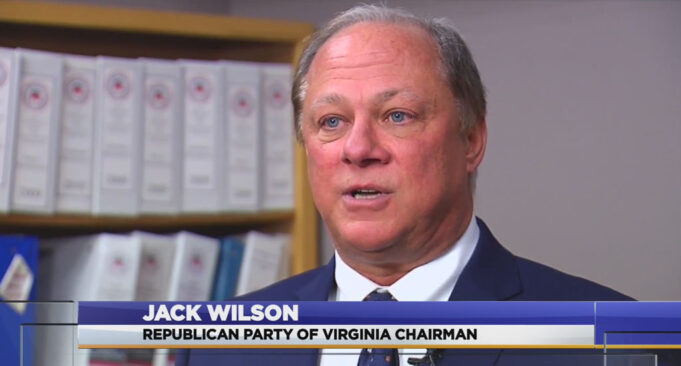 Like you, I was profoundly disappointed with the election results last Tuesday.

Based on the hard work of you and other volunteers, the tireless efforts of our candidates and the Republican voter enthusiasm I saw from the absentee ballot and early voting numbers, I allowed myself to be optimistic on Election Day – but it wasn’t to be.

Alternatively, the Democrats didn’t get the “blowout” they had long predicted. Republicans held the Democrats to a one-vote margin in the Virginia Senate, while in the House of Delegates a 6 to 1 spending advantage and millions more in dark money and liberal interest group funds were poured into California-drawn gerrymandered districts.

In short, the Democrats didn’t win the election on an agenda – they bought it with George Soros’ money. As a result, Virginia Democrats have no mandate for their radical political agenda; merely an outrage machine directed at the one man in the White House, President Trump, who is stopping them from doing to America what their reckless policies have done to California.

So where do we go from here?

The media will echo a Democratic-driven narrative of surrender. We will reject that narrative. As a political opposition, our charge is now to tenaciously counter every piece of legislation these so-called “progressives” will force on working class Virginians – and we will.

After reflecting on this past election and my first full year as chairman, what is clear is that the old way of doing things simply isn’t working. Virginia Democrats hold all five statewide seats, they hold both chambers of the Virginia General Assembly, and with a sympathetic liberal media on top of their own paid-for ecosystem they will do everything in their power to beat us down and keep us there.

First and foremost, we must continue the hard, slow but vital work of registering our voters. The Democrats have stolen a 14-year march on voter registration and are reaping the rewards. The only way to get more Republican votes is to go find and register more Republicans.

It is an issue of simple mathematics. The Republican National Committee and the Donald J. Trump for President Committee have recognized this as a top priority for Virginia as well as all targeted states in 2020. The Democrats have been registering progressives to vote in Virginia for over a decade, and that work clearly bore fruit on Tuesday.

Either we expand our tent to include the folks who believe what we believe and welcome that new blood into the Republican Party of Virginia, or we continue to concede elections to the Democrats for the next two decades.

Quit Apologizing; Take The Fight To The Democrats

Second, we must refine our message to voters in the Commonwealth by going beyond being the so-called Party of No.

This cycle the message seemed to be No! to infringing on the 2nd Amendment, No! to repealing our right to work laws and No! to late third trimester abortions. Now, don’t get me wrong, those are all vital issues on which we must stand firm.

Our Republican base has a right to expect the Republican Party of Virginia and our candidates will stand up in defense of our 2nd Amendment, right to work, and our pro-life values. But along with that goes a bold vision of freedom to independent and swing voters focused on issues such as transportation, education and health care. The government cookie cutter might be the most straightforward method, but it is more often than not the clumsiest, most brutal and unthinking method of them all.

In short, we must go beyond our our comfort zones and reach back to the Republican Party that trusted individuals – and not government – to build prosperity for our children and grandchildren. That is the sort of hopeful and optimistic conservatism that gave us the coalition of electoral success for nearly 30 years. Those voices still exist; they deserve our encouragement!

Reinvest In Our Party Infrastructure

Most of all, we desperately need to reorganize, restructure and refocus the Republican Party of Virginia.

We need to stop begging our elected officials for funds and refocus the RPV into the independent voice of the grassroots volunteers who spend the time and effort on the ground in support of our values and candidates.

We must remodel the Republican Party of Virginia into an independent, co-equal and strong partner of the caucuses and candidates as opposed to serving as a net drain on their resources.

The answer for this is very simple. Unless our members are invested in the Party, we are never going to become the independent voice the grassroots of the Republican Party of Virginia work so hard to maintain. Our unit chairmen deserve better, our district committees understand better, and most importantly those carrying our battle standards as candidates for public office deserve better from Grace Street.

On this front, I have an ambitious plan to rejuvenate our fortunes that will require a small commitment from each and every single Virginia Republican who still believes in free markets, free minds, and a free society. More on this at the Advance (and I hope to see you there).

The Republican Party of Virginia did not reach where we are overnight; recovery will take time and effort. Yet we have a basic moral duty to preserve and fight for our liberties in the face of a Democratic majority, one that was bought with liberal out of state and dark money interests – and whose first official act was to elect a lobbyist as Speaker of the House.

Next year we will have the opportunity to re-elect President Trump and Vice-President Pence, unseat Mark Warner from the U.S. Senate and grow our numbers in the U.S. House of Representatives. We will challenge each and every Democrat for the sole reason that they deserve to be challenged, as they are either complicit or active in the continued efforts to undo the results of the 2016 election and harm the presidency of Donald J. Trump.

Just 30 years after the fall of the Berlin Wall, the Democrats are today championing the cause of socialism and failure right here in Virginia. They are going to sell us an agenda they never ran on, precisely because they know that Virginia voters would have rejected it had they done so.

Over the next few weeks I will outline various plans to address the issues we face. I hope you will join with me in rolling up our sleeves and getting to that hard work of rebuilding our RPV and taking the fight for our shared conservative values to the Democrats and to all the voters of Virginia.

I hope to see you all at the Republican Advance at the Homestead on December 6-8 where we can discuss moving forward.

Jack Wilson is the chairman of the Republican Party of Virginia.