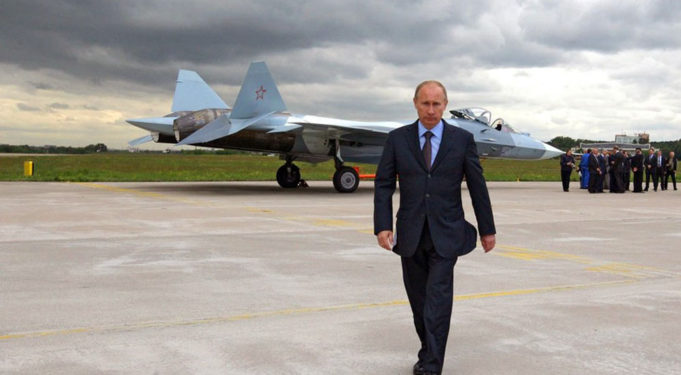 It’s a consistent theme that we see percolating within the press — the “Russian meddling” with institutions in the United States has been a consistent feature that worked for the Democratic Party right up until the point that it didn’t.

Deroy Murdock writing for National Review goes through the litany of Russian connections to the Democratic Party, up to and including a $5bn tech city sponsored by none other than the U.S. Department of State Secretary Hillary Clinton under then-President Barack Obama.

“At a long meeting I had with [Russia’s then-president Dimitry] Medvedev outside Moscow in October 2009, he raised his plan to build a high-tech corridor in Russia modeled after our own Silicon Valley,” Hillary explained. “I suggested that he visit the original in California,” she added.

Hillary’s State Department arranged for 22 leading U.S. venture capitalists to tour Skolkovo in May 2010. Medvedev, in turn, traversed Silicon Valley the next month.

State persuaded Cisco, Google, and Intel, among others, to join Skolkovo. By 2012, the project boasted 28 “Key Partners” in America, Europe, and Russia. Three-fifths of these organizations donated to the Clinton Foundation or paid Bill Clinton speaking fees. From Russia with Money, an August 2016 paper by the Government Accountability Institute, reported that 17 “Key Partners” contributed between $6.5 million and $23.5 million to the Clinton Foundation.

But by 2013, the U.S. Army Foreign Military Studies Program warned: “Skolkovo is arguably an overt alternative to clandestine industrial espionage.” Boston-based FBI agent Lucia Ziobro concluded in 2014, “The FBI believes the true motives of the Russian partners, who are often funded by their government, is to gain access to classified, sensitive, and emerging technology from the companies.”

Yet the ties with Russian oligarchs doesn’t quite stop there.  Not content merely to offer cash-for-nothing in the effort to build a multi-billion dollar tech city that was more Potemkin village than Silicon Valley, there was and is a maintained effort between Russian influence and Democratic-leaning environmental groups designed to one effort: increase the cost of energy production in the United States in an effort to lift global energy prices.

From the Wall Street Journal:

Starting in 2015, workers at the IRA posted photos and messages on Facebook , FB -1.33% Instagram and Twitter TWTR 1.19% encouraging protests against pipeline construction in the U.S., calling for the abandonment of fossil fuels and stoking American controversy around climate change, according to the report by the majority staff on the House Committee on Science, Space and Technology.

It isn’t clear how much influence, if any, the campaign had on U.S. energy policy. Many of the posts were shared by only a handful of followers, the report says. But the messages came at a critical time for Russia, after oil and gas prices began to plummet due to booming output in the U.S. that posed a major threat to one of Russia’s most important industries.

“To the extent that America produces more energy of any kind, it guarantees Russia more competition,” Rep. Lamar Smith, a Texas Republican and chairman of the House Science Committee, said in an interview. “Russia wants to reduce competition from the United States.”

Allegations of Russian collusion with environmentalist groups — notably the Sierra Club and the League of Conservation Voters, two organizations that provided not just volunteer support but in the instance of LCV, substantial material support to the Democratic campaign of now-Governor Ralph Northam — have been long substantiated within the intelligence community.

“Dakota access pipeline has already leaked 84 gallons of oil. Like if you want justice!” said one of the posts on Russian-backed Instagram page “bornliberal” in May. The post received more than 1,500 likes, according to the report.

The Russian actor’s strategy outlined in the report mirrored other campaigns the group has carried out to amplify divisions that already exist in American society. The U.S. energy industry’s rapid growth hasn’t always been welcome at home, one obstacle for producing and exporting even more oil and gas. A growing, though slim majority of Americans have turned against “hydraulic fracturing,” the process used to tap oil and gas from shale, according to Gallup surveys from 2016 and 2017.

Where does this come home to roost?  Democratic-leaning opinion journals have been more than happy to promote the interests of the environmentalist left while slamming domestic energy projects right here in Virginia, and in an ironic twist?  Condemning Russian interference in our elections.

…except when they come to play in Virginia, of course.

What ought to happen next?  If Virginia’s election processes were interfered with by Russian oligarchs, the voters of the commonwealth deserve to know — right now.  With the League of Conservation Voters serving as a pipeline for Russian money, doling out not only advertising dollars to well-known Democratic opinion journals but leveraging a “troll army” on Facebook and Twitter?

It’s a question worth raising, and one that the General Assembly should ask.