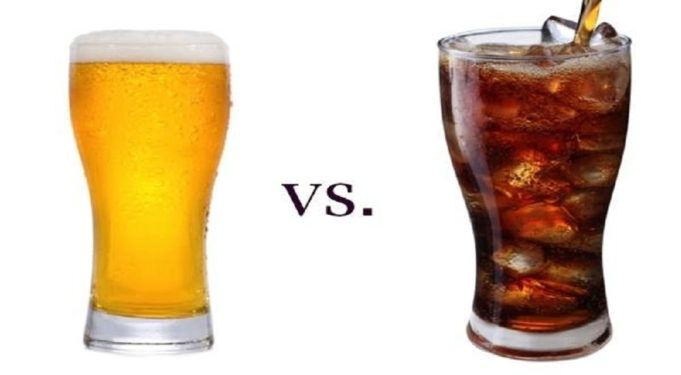 Democrats have made a mess of my hometown of Philadelphia lately.  They’ve taxed and spent so much that many people have moved away to suburbs, exerbs and even to the home of freedom and liberty, Virginia.

Their latest ploy has caused a brew-ha-ha.

Philadelphia passed a tax on “sugary drinks” that has skyrocketed the cost of sodas, making beer a more affordable beverage choice by comparison.

The Washington Free Beacon reports on a study that shows that the soda tax is 24 times the beer tax in the city, and it is driving soda drinkers to beer in big ways.

Not so good, if the “soda tax” was supposed to be a way for force healthier diets on people.  Beer by and large has higher caloric levels than soda.  And no one ever got a DUI from too much Pepsi behind the wheel.

Of course, the soda tax has all the hallmarks of a typical Democratic tax increase that backfires.  It was touted as being a way to fund Pre-k education, but more than half of the soda tax revenue doesn’t go to education at all.  It’s going to a whole lot of other government expenses.

It’s not making nearly the amount of money it was projected to raise, because people drive outside the city to buy soda, or as the study says, grab a 12-pack of Budweiser instead.  So, government budgeteers had to revise the revenue projections down, placing a strain on the very programs they were trying to help.

By the way, about jobs?  PepsiCo is laying off workers because the soda tax.  Canada Dry is as well.

Democrat policies in Philadelphia have been counterproductive, hurting programs they wanted to help, forcing job losses when cities are hungry for job growth, and being wrong about how much people will pay in taxes and where the money is truly spent.

Now we have a study to prove it’s true.