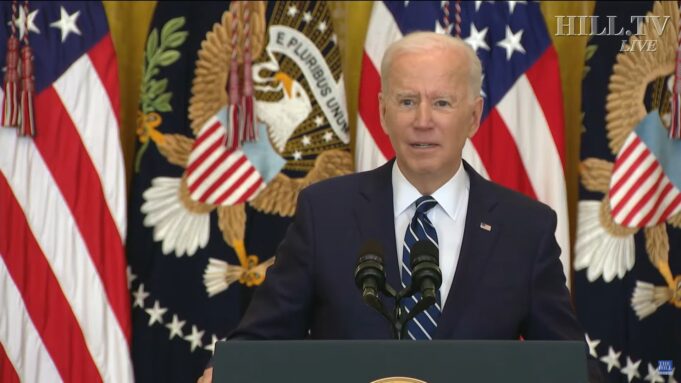 I wish this was satire from Babylon Bee, but it is in fact, the latest dangerous Team Biden effort to empower the government to control conservative speech and criminalize words they don’t like when used against people they do like.

Now they are focused on colluding with Big Tech media platforms to restrict our God-given and Constitutionally protected right to mock or criticize politicians and public figures regardless of race, ethnicity, sexual orientation, or professed perversions.

All this under the banner of combatting online harassment and abuse.

According to a statement by President Biden, Vice President ‘Cackling’ Kamala Harris is leading an Orwellian new “harassment and abuse” internet task force at the White House, which will also seek to combat “disinformation campaigns.”

Ridiculed as the Biden “Ministry of Truth,” that effort led to widespread outrage and concerns of internet censorship carried out by the federal government before it was reportedly paused.

Only an extreme leftist would even know what this statement means.

But apparently, it’s woke-speak for the federal government colluding more with Big-Tech to now censoring anything critical of LGBTQI+ or non-white public figures.

Sec. 6.  Definition.  For the purposes of this memorandum, the term “technology-facilitated gender-based violence” shall refer to any form of gender-based violence, including harassment and abuse, which takes place through, or is aided by, the use of digital technologies and devices.

In other words, the government will be tracking everything you say online.

In her speech announcing the task force on Thursday, Harris said “for far too many people … the internet is a place of fear.”

A place of fear of being called names.

Harris pointed to people being called “an offensive name” on the internet, which she largely attributed to race. The task force “will tackle a threat that has been far too real for far too many people for far too long,” Harris said.

And now the entire ‘whole-of-government’ will be focused on your comments online – especially if you are a conservative or they contravene the far-left of woke sensibilities.

Within 180 days of the date of this memorandum, the Co-Chairs of the Task Force shall submit to the President a blueprint (Initial Blueprint) outlining a whole-of-government approach to preventing and addressing technology-facilitated gender-based violence, including concrete actions that executive departments, agencies, and offices have committed to take to implement the Task Force’s recommendations.

Be afraid – be very afraid.