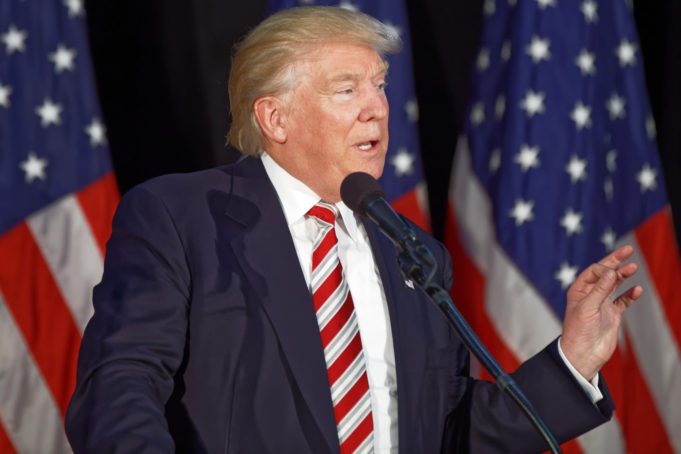 In a move to resist President Donald Trump’s national emergency declaration to build his campaign promise of a U.S.-Mexico border wall, House Democrats introduced a resolution on Friday to block billions in funding for the project. As a vote could come as early as next week, the Democratic-controlled House is likely to pass the measure, possibly even the Republican-run Senate, setting up what could be Trump’s first veto in the Oval Office.

The resolution was introduced during a short pro forma session in the House of Representatives in which Congressman Don Beyer (VA-8) presided over an almost empty chamber, AP reports.

When Trump received a bipartisan border deal including just $1.375 billion for physical barriers at the southern border last week to avert yet another government shutdown, he was highly disappointed with four times less in funding than he requested before the kickoff of the longest ever partial federal closure, which spanned the end of 2018 into early 2019. Nevertheless, the deal states that 55 miles worth of construction will begin in Texas’ Rio Grande Valley to bolster border security.

Billions in funding was included for other border security programs like inspection equipment for ports of entry, humanitarian aid for detained migrants, funds to buy aircraft and materiel support, and provisions to hire 600 more customs officers and additional immigration judges.

During his address in front of the White House amid the deal’s signing, the commander in chief stated that he would declare a national emergency to build the border wall “for virtual invasion purposes – drugs, traffickers, and gangs.”

In the days following the declaration, 16 states filed a lawsuit against the White House that seeks “declaratory and injunctive relief to block the emergency declaration, the construction of the wall, and any illegal diversion of congressionally-appropriated funds.” The attorneys general of California, Colorado, Connecticut, Delaware, Hawaii, Illinois, Maine, Maryland, Michigan, Minnesota, Nevada, New Jersey, New Mexico, New York, Oregon, and Virginia criticized Trump’s declaration as a “fake emergency.”

Money for the southern border will reportedly be transferred from a federal asset forfeiture fund, the Defense Department’s anti-drug efforts, and subsequent military construction funds. Even though federal officials have yet to identify which projects would be affected, Virginia Attorney General Mark Herring (D) released a statement earlier this week positing the Commonwealth “stands to lose up to $131.7 million in military construction funding for currently planned projects at Dam Neck, Fort A.P. Hill, Fort Belvoir, Humphreys Engineer Center, Joint Base Langley-Eustis, and the Pentagon.”

Speaker of the House Nancy Pelosi (CA-12) explained this week the president’s “decision to go outside the bounds of the law to try to get what he failed to achieve in the constitutional legislative process violates the Constitution and must be terminated.”

Although Senate Majority Leader Mitch McConnell (R-KY) is a supporter of President Trump’s edict, some moderate GOP senators have signaled their willingness to vote for the House Democrats’ resolution.

If both houses of Congress initially approve the measure, it is unlikely that Washington lawmakers will be able to garner the two-thirds majorities in each chamber to override an inevitable Trump veto.