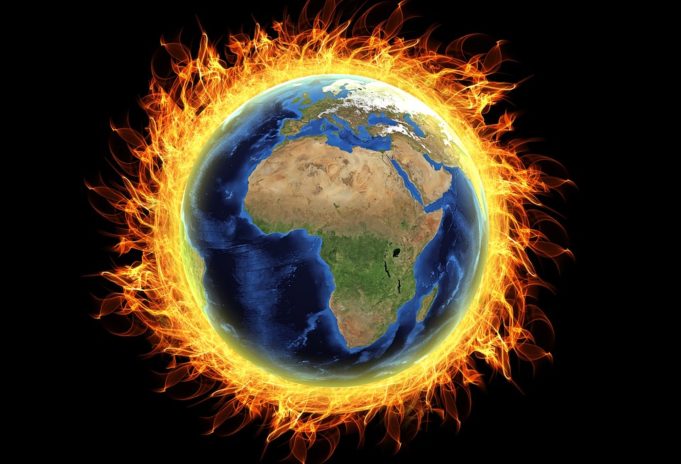 As I enjoy consecutive days of subzero temperatures and windchills in the Northeastern United States, I am reminded of the continuing debate over the cause of global climate change – specifically, whether or not humans contribute significantly enough to the changes so as to disrupt an otherwise homeostatic global mise-en-scène.

I don’t intend to commit the fallacy of composition, in which one infers long-term climatic patterns based on short-term weather incidents (like this current arctic chill) – both sides of the debate do this, and both are wrong in doing so. But there is a much more grievous sin being committed among some who claim that humans are interrupting climatic homeostasis. It is a sin against science itself.

We should never be so narrowminded so as to think of “science” as a strictly technical and instrumental discipline – confined to the expertise of laboratorians, and limited to empirical observation. Science is knowledge (scio, scire), and knowledge belongs properly to the industry of philosophy. Not to “professional” philosophers and epistemologists, mind you, but to any being engaged in the pursuit of knowing and understanding those truth claims which correspond to reality.

Technical scientists – like climatologists – necessarily operate under this philosophical rubric, as well. Using induction and deduction, their job is to move themselves (and perhaps others) toward a more confident understanding in claims made as truth statements. The scientific method is their instrument of service; but the fields of empirical science (like chemistry and biology) will, like footmen and chambermaids, always be subordinate to the butler Philosophy, that chiefest of the scientific servants.

So when I read technical scientists throw science out the window, I consider it an insult to the human mind and its capacity for knowledge. That is, it is an insult to humanity itself.

Sophie Lewis, Australian climate scientist, has committed this sin. He has denied what is perhaps the most crucial principal of empirical science – even more crucial than the principal of testability – and that is the principal of falsifiability.

Empirical science – i.e., the scientific method – does not and cannot prove to us what is a “settled truth.” It allows us to accept hypotheses and theories as true, based on evidence and the consideration of available variables. But it does not aim to prove truth statements like mathematicians and philosophers do. In fact, the noblest scientists know this, and aim to cut the Gordian knot of empirical truth not by the rigorous pursuit of proof, but by seeking to destroy their own claims through the deadly prosecution of disproof. “I may not prove truth with empirical science, but if it can be disproven, at least I know what is not true.”

Falsifiability is absolutely essential in gaining empirical scientific knowledge. No hypotheses or theory can be valid if there is no null hypothesis that would disprove it.

Dr. Lewis now disagrees, and claims theories – like anthropogenic Climate Change – are absolutely valid despite those theories’ and prediction models’ being exposed as either unfalsifiable or uncertain.

The idea is that falsifiability of climate models – especially those that predict change over a century – is impractical, because it would take a hundred years to see if it were accurate; but if we wait a hundred years to verify the model, it could be too late and global destruction will have taken place. Therefore, we should operate as if the climate prediction model were true despite its tenuous truth claims.

So impressed is Dr. Lewis by this revelation, that falsifiability no longer matters, that the title of his article indicates a fundamental shift – “Climate change has changed the way I think about science.” In his opening paragraphs, he admits,

“A test of falsifiability requires a model test or climate observation that shows global warming caused by increased human-produced greenhouse gases is untrue. It is difficult to propose a test of climate models in advance that is falsifiable.

“Science is complicated – and doesn’t always fit the simplified version we learn as children.

“This difficulty doesn’t mean that climate models or climate science are invalid or untrustworthy. Climate models are carefully developed and evaluated based on their ability to accurately reproduce observed climate trends and processes. This is why climatologists have confidence in them as scientific tools, not because of ideas around falsifiability.”

Let me state categorically that Dr. Lewis is 100% absolutely dead wrong, and I can’t emphasize enough my detestation of his attempts to destroy empirical epistemology.

First of all, his premise is completely shoddy. No one should dispute that humans influence climate changes – we are after all a contributing variable to the global climate. The question is not, or should not be, do we contribute to changes in global atmospheric behavior, but how much do we contribute. Is it enough to overthrow long-term homeostasis and plunge the planet off a cliff into a positive feedback loop? Or is our contribution statistically insignificant – much like the contribution of wildfires – to altering the homeostatic tendency, and does the planet have control measures to offset variable activity?

To be sure, scientists don’t have to disprove the theory of anthropogenic climate change wholesale. That would indeed be a Herculean task. But again, anthropogenic climate change is not the crucial point of falsifiability – the extent of influence is the crux; the rate of change. And that hypotheses is – and always should be – falsifiable. If predictions correspond with measured reality, it increases our faith in the model; but if measured reality contradicts the prediction, we know at the very least that the rate of change predicted is invalid, or false.

Dr. Lewis should be embarrassed. He is obviously so heavily invested in the theory of anthropogenic global destruction (it’s how he makes his living), that he is willing to abandon reason and science for blind faith – a faith not that is unfalsifiable, but a faith he has made unfalsifiable. Noble scientists throughout the world should denounce the efforts of people like Dr. Lewis to destroy the foundations of empirical knowledge.