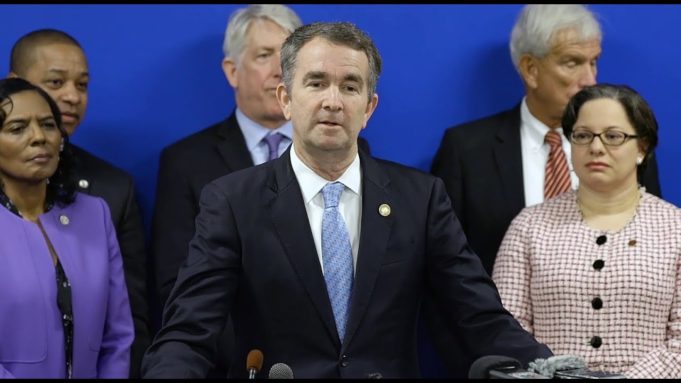 Governor Northam and Attorney General Mark Herring have said repeatedly that the Commonwealth is facing an epidemic of gun violence.

But when given the opportunity to do something about it other than gun control, both Democrats balked.

That’s the upshot of a story in the Washington Free Beacon, which details how the two men decided to decline anti-gun violence funding in order to make a statement about Federal Immigration law.

The grants require the recipient to sign a simple document that certifies that they comply with Federal law — specifically, that they will provide information to Immigration and Customs Enforcement as required by Federal law.

That was a bridge too far for Northam and Herring, who refused to sign the document. That left the Justice Department in an unusual spot — they had grant money that could go to a proven, uncontroversial program that could save lives.

But the people who needed to sign the paperwork wouldn’t do it. So a workaround was found — give the money to the Virginia Association of Chiefs of Police, who could then flow the money to the programs in question.

Republican House Majority Leader Todd Gilbert unloaded on the two, according to the Free Beacon.

“Attorney General [Mark] Herring and Governor Northam have said the loss of lives in Virginia to guns is an emergency, yet they’re willing to walk away from grant funding for a program that has been proven to work,” Gilbert told the paper. “They’re willing to put politics above saving lives. These programs work. They save lives, particularly those of young, African American men.”

Gilbert is the unexpected driving force behind an effort to expand anti-violence efforts in urban areas. He introduced a bill during the ongoing Special Session that would bring Project Ceasefire into the Commonwealth.

Ceasefire focuses on people instead of guns. A group of cops, prosecutors, community leaders, come together and give the worst of the worst gun offenders in neighborhoods an option — either get job training, a GED, and shape up, or go to prison.

The program has dramatically reduced gun deaths in virtually every city where it was implemented. The program works, ironically, much like Project Safe Neighborhoods — for which which Herring and Northam declined to accept funding.

The General Assembly reconvenes in November to consider the bills.