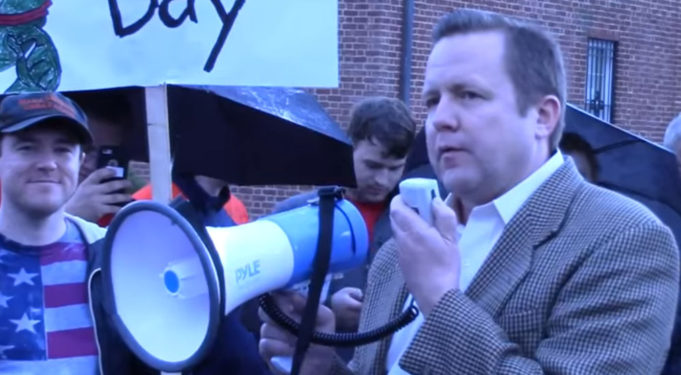 I read a good essay by my friend Shaun Kenney a couple of weeks ago, entitled “In the End, the World Will Break Your Heart.”

It made me think.

We became Republicans in different ways. I was born into the GOP, from a Byrd Democrat family who followed Mills Godwin into the Party. I was a libertarian-leaning FiCon with a strong antipathy to the politicization of the abortion issue. Shaun was a pro-Life Democrat turned SoCon. He was getting active in the GOP as College Republican intramural Marcusite/McSweeneyite politics was burning me out. (Little did I know, when I got involved again fifteen-plus years later, Boyd Marcus would have flamed out, and Pat McSweeney would be tearing things up in Powhatan.)

I reckon it was natural that at some point a man who admired Earley but supported the Lieutenant Governor ideologically would find himself befriending a fellow who admired Hager but philosophically sided with the Attorney General.

How did two people from what used to be the twin extremes of the Party end up labelled RINO squishes?

I never stopped being a Republican. The benefits of dating and education just outweighed the pain of formal involvement. Successful candidates realize that the high school clique they call their local unit is just the tip of the GOP ice berg.

While most committees should try to be more inclusive, the majority of Republicans have neither the time nor the patience to be involved at that level. They have jobs, and family, and church, and soccer practice, and swim team, et cetera, et cetera.

I also went to a few TEA Party rallies in the beginning. The first was hilarious. We met downtown in front of Sen. Mark Warner’s Richmond office to picket. Being Republicans, we didn’t know how to chant, so we mainly just walked around quietly in an ovoid shape on the sidewalk. The second one I attended started to presage the future of the movement, and was more raucous. (I passed a couple of Democratic operatives that day on my way to Kanawha Plaza, and I overheard them talking about trying to get racist chants going to delegitimize the movement, but I didn’t hear anyone express racist ideas or join in with their chants during my time at the event.) The conservative movement was falling prey to passion and empty rhetoric, and I left perturbed and wondering where I stood.

The problem with the concept of the TEA Parties was that they could only achieve success in jurisdictions that were already exceptionally conservative. They ended up attacking, and frequently ousting, political leaders who otherwise would have been their closest allies. Having learned nothing from the Earley/Hager debacle of 2001, the self-proclaimed “grassroots” tore up the Republican succession agreement and shivved the Hanover Hun, arch-conservative Bill Bolling, in the back, in favor of their darling, the vocal, dare I say demagogic, Attorney General Cuccinelli (who has since fallen from favor for not supporting Trump enough). 2013 turned into another 2001, but with the added inanity of the nominee continuing to attack his fellow Republicans more than his Democratic opponent.

2014 came, and we saw the perfect storm hit Majority Leader Cantor. Anti-Semitism bubbled along the fringes of the TEA Party movement that ousted him, but leaders in the Party turned a blind eye and hustled to save their own bacon.

Many have since ignored the Alt Right in the GOP ranks here in Virginia, with 9-11 Truthers and White Nationalists winning seats on the Republican Party of Virginia’s State Central Committee, and when one Alt Right Central Committeeman was ousted, he quickly was appointed to a vice chairmanship without portfolio on the largest local unit committee in the Commonwealth. It is a sad state of affairs.

Meanwhile, on the national stage, the “Freedom Caucus,” which has multiple members from Virginia, managed to hamstring Congress and hounded the one congressman, Speaker Paul Ryan, who had the knowledge of procedure and the budget to actually help them implement their goals, out of office.

While these events slowly unraveled, I was starting to get more involved on the local level. Like all good keyboard warriors, I’d hit Facebook to argue with folks.

I watched House Republicans shoot themselves in the foot by submitting two major pro-Life bills in the same General Assembly session, and defended the one which codified the NARAL Best Practice mandating the medically-necessary use of transvaginal ultrasounds when fetuses cannot be detected by transabdominal ultrasound. (Funny how when Republicans aren’t “anti-science” they’re “pro-rape,” despite the mantra from of the Left that abortions should be “SAFE, legal, and rare.” Far be it from me to let the lukewarmness of my pro-Life beliefs interfere with what is just good base-line medical care.)

I would support friends who ran for office by knocking doors, hosting meet’n’greets, and cutting what small checks I could. I would work the polls at my precinct for primary and general elections. I spent a number of years just trying to secure a membership form from my local unit, but to no avail.

Now that I have joined the Party officially, I am more alienated than ever from it. I had thought we Republicans had turned a corner.

We never seem to suffer the crushing defeat necessary to rethink our strategy. We’ve gone from ideological litmus tests to throwing every belief out the window in service to blunt force politics. Instead of applying our free market and reform principles to better serve the citizens of Virginia, we’ve become the hall monitors of the Right, worrying about which toilet people should use and every other distraction the Left tees up on a traffic cone.

How does the Party expect sane people to spend their precious time on politics and be active members when Party spokesmen are calling Democrats race traitors and pondering “Why can’t McCain die faster?” How can a fellow stay involved when he talks to a Party leader, and said leader responds, “Yeah, those 9-11 Truthers are crazy . . . but you have to admit there’s something fishy about Sandy Hook!” Heck, it is hard to show up on Election Day and pull the lever when candidates have their grassroots operatives going around and trying to extort donations, door-knocking, and positive social media posts. And even the rational leaders in the Party are too craven to address the issue, because they don’t mind conspiracy theorists and white nationalists swelling Republican ranks as long was they vote for our guy. I’ve watched the same cycle on two local units. We can’t coalesce a critical mass of sane members because they burn out after two years of dealing with the extremists in charge. It is a vicious cycle.

Republicans need to realize that we are not anarchists. Voters, especially college-educated suburbanites, want government to function. They don’t want an economics lecture; they want to know what candidates will do to help them. Public schooling isn’t socialism. Support for Medicaid and mental health isn’t Communism. A safe and well-maintained highway system isn’t forced collectivization. Humans are inherently social animals, and we have never lived in a libertarian state of nature. The GOP must embrace the ReformiCons and re-establish its reputation as the Party of Efficient Government, or we will devolve into a permanent not-so-loyal opposition, full of Austrian sound and Bastiat fury, signifying nothing.

As frustrated as I get with my own Party, the Democrats are just beginning to unravel in a similar fashion. As a Democratic friend said, “Your TEA Party is ending; ours is just getting started.”

So while it is aggravating being called a RINO liberal and “notorious Democrat operative” when I know I’m more conservative than those throwing the epithets, I’m certainly not going to join a party that thinks I’m a cisgendered fascist homophobe and racist rape-monger. I choose to stand and fight within the GOP, as I have for decades, even when I wasn’t an official member of the Republican Party of Virginia.

But politics, like Roger Miller’s England, swings like a pendulum does. After the debacle in November courtesy of Corey Stewart and the Alt Right, I hope things will change. Democratic rage should burn out eventually. White Nationalist fellow travelers in the GOP ought to have their comeuppance.

As I gaze into my crystal pint glass, I see pretty clearly that, barring some outside catastrophe like the Sweet Meteor of Death, 2019 will be a mirror image of this year’s national contests, with Republicans regaining some seats in the House of Delegates while losing the State Senate. Neither major party will learn the lessons it needs. I’m already hearing the frenzied, hackneyed refrains of “If we’d only nominated a REAL conservative!” and “We need to educate the voters about the Constitution!” The ranks of independent voters will continue to swell.

And life will go on. Please, go get one while they’re still available at Amazon and where all fine books are sold.