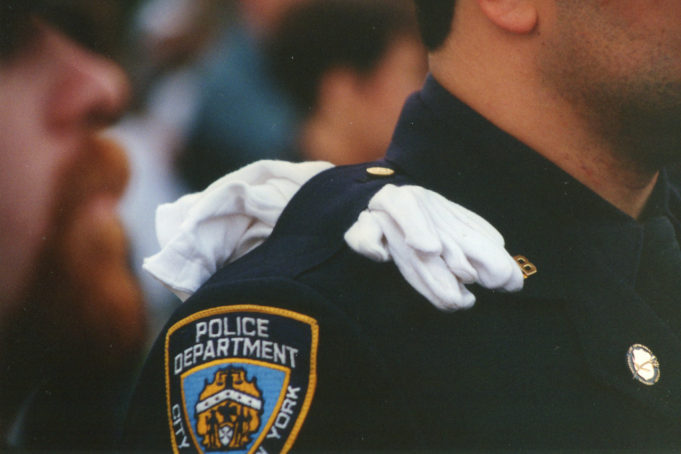 Even after their names were cleared of any wrong doing, Fairfax’s equivalent of a DA has placed two Virginia sheriff’s lieutenants on the Brady List, the list which tracks law enforcement officer’s credibility and misconduct problems.

“Oftentimes, at most police departments if you end up on Brady your chances for a promotion or even staying employed within the police department are gone for good,” Ali Soheilian, president of the VIRGINIA POLICE BENEVOLENT ASSOCIATION FAIRFAX county Chapter, told Fox 5.

In the incident in question, Lt. Christopher Blaine and Lt. Mona Williams were involved in an incident at a courthouse on Sept. 28 after far left Attorney Steve Descano and his chief deputy Kyle Manikas reached the required security checkpoint. The two had a confrontation with Allied Security officers, which reportedly got heated. The report states Descano and Manikas were being “unprofessional” and abusive toward staff, including allegedly cursing at them over security measures.

“Don’t you know who I am?” Descano said, according to the report. “I’m the top law enforcement officer in Fairfax County.”

Following the incident, a memo from Manikas office informed the officers and the sheriff’s office internal affairs department that Blaine and Williams were being placed on the Brady list and prosecutors could deny prosecuting cases they work on. Even after the internal investigation cleared them of all charges, both officers are are still on the list.

“I stand by Second Lieutenant’s Blaine and Williams and the thorough Internal Affairs investigation, which determined the allegations against them to be unfounded.  My deputies did nothing wrong, and I will continue to do everything in my power to right the wrongs done to these hard-working public servants,” Sheriff Stacey Kincaid told Fox 5.

Ed Nuttall, an attorney for the two sheriff lieutenants, said his office is exploring legal options on the matter.

“We are concerned that the lack of investigation by the Commonwealth’s Attorney’s Office has put these officers in a difficult situation where their careers are on the line. We are currently exploring their legal options.”

Descano was elected in 2019 and has long drawn criticism from Attorney General Miyares for being weak on crime. They also reportedly refused to participate in the internal investigation despite requests to do so. Hopefully these officers can be taken off the Brady list, since this incident is clearly an abuse of power from a Descano.