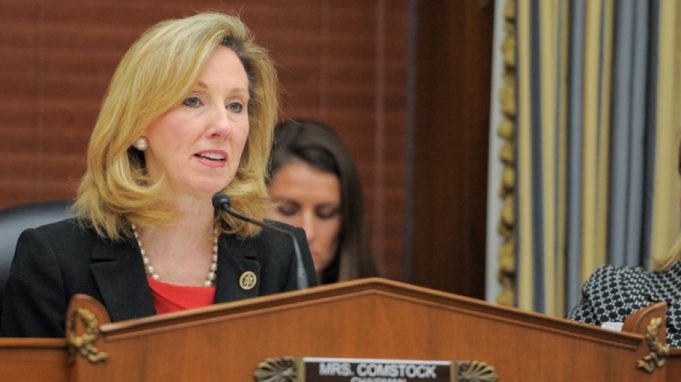 As she has led Congress on sexual harassment reform, Representative Barbara Comstock (VA-10) has jumped into the situation surrounding the Federal Emergency Management Agency (FEMA) and a former official who has been accessed of sexually harassing female subordinates. The former FEMA employee currently under investigation is Corey Coleman, the agency’s ex-director of human resources, who “intimidated staff and created a toxic work environment,” leading him to resign on June 18.

“These serious accusations include reported incidents of trading jobs for sex and hiring women whom he met on dating websites over more-qualified candidates,” Comstock said in statement regarding the incident still under investigation.

Currently, FEMA is split between its Washington, D.C. headquarters and a 120,000-square-foot facility in Frederick County on the western side of the congresswoman’s district. In a report from The Winchester Star, Jeffery Marschner, Comstock’s communications director, said the representative plans on visiting the Frederick County facility to meet with personnel.

Comstock added in her statement, “I am calling on FEMA to revisit their sexual harassment policies regarding reporting, investigating, and disciplining employees. There also needs to be an audit of all employees hired by Coleman to insure there are no other problems created from his behavior.”

Even though the problem seems to solely be with ex-director Coleman, Comstock believes there is a wider culture of unacceptable behavior within the federal agency. She also sent a letter to FEMA Administrator Brock Long, calling for an internal review of employees and more disciplined atmosphere within the agency.

“Although Coleman resigned in the wake of these discoveries, this incident speaks to a larger problem with the agency,” Comstock wrote. “The first reported incident with Coleman came in 2015, yet, he was promoted and allegations were considered ‘too vague’ to investigate.”

The personnel chief’s alleged harassment and other misconduct, revealed through a preliminary seven-month internal investigation, was a “systemic problem going on for years,” the FEMA administrator said in June, after Coleman’s resignation, according to The Washington Post. Long added that some of the behavior by Coleman could be considered “criminal activity.”

Moreover, Long said tbat many “valued employees” within the human resources department left because of Coleman’s “unacceptable leadership style, good people who wouldn’t put up with it.”

Comstock added that to rectify the problems with personnel in the agency, it “is imperative that Mr. Long creates and implements a comprehensive plan regarding how the agency will correct the problems and injustices that Coleman created while taking advantage of a senior position within FEMA.”

“Behaviors such as Coleman’s are unacceptable and federal employees should never be the subject of such harassment,” Comstock’s statement continues. “FEMA must address this harassment promptly, so each employee has confidence that they can do their jobs safely and without fear of harassment by those who hold power over them.”