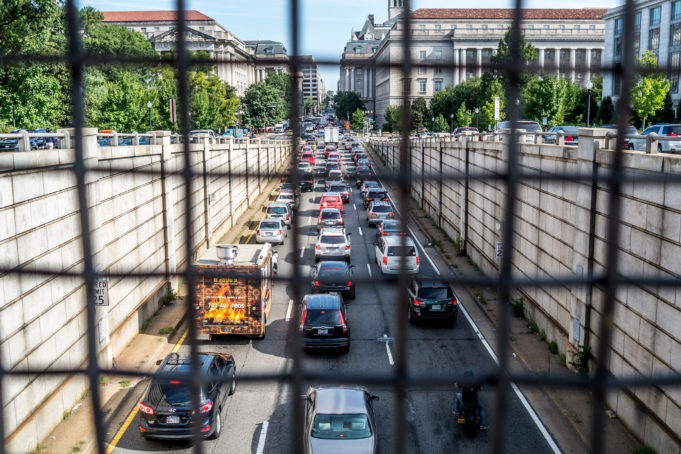 “#FrustrationThursday” was a popular hashtag on Twitter in the Northern Virginia (NOVA) area Thursday morning as an early morning Metro shutdown caused a tidal wave of backed up commuter traffic that resulted in seemingly unprecedented congestion on I-66 in the Beltway and near record-breaking toll prices.

The entire incident began as the Metro was shutdown for two hours on a section of its Orange and Silver lines. Smoke was reported by passenger at the Virginia Square Station and in the rail tunnels between Ballston and Clarendon, according to The Washington Post.  The station was evacuated and train service was unavailable from 6:15 a.m. to 8:00 a.m. Officials are still investigating the cause of the smoke.

As Twitter began to fill with the hashtags, “#ismetroonfire” and “#yesyesitis,” NOVA drivers began to feel the brunt of the financial pain and long waits on the interstate near the nation’s capital. The congestion on I-66 inside the Beltway brought the toll for a single commuter on Thursday morning during peak travel time to $47.

For the 10-mile stretch of highway inside the traffic-laden Beltway, the $47 toll was the third highest on record since the lanes made their debut in December of last year. Thursday’s price was just 50 cents shy of the record set on February 28 on the same stretch of road at $47.50.

The controversial toll system in NOVA is based on “dynamic pricing” in a system that changes every six minutes. The price rapidly rises and falls as the direction of peak travel for the road varies, traffic congestion becomes worse or subsides, and with speed variations of travelers.

Although officials from the Virginia Department of Transportation (VDOT) claim they have hoped that drivers would switch to carpooling or use public transportation during peak travel times, all the tolls have done for NOVA drivers is make them angrier and late for work.