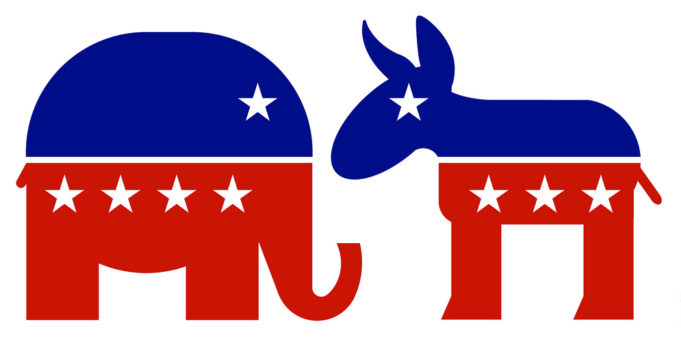 One Virginia Republican lawmaker recently commented on the encroaching “blue” political demographics in the Commonwealth, saying that “this ain’t your granddaddy’s Democratic Party,” adding “we’re one heart attack away from a leftist liberal takeover of the General Assembly.” According to a new Gallup poll, the remark is on the right track as most Democrats now identify as liberal rather than moderate or conservative, for the first time since the question was asked by the pollsters over 20 years ago.

Meanwhile, a majority of Republicans continue to call themselves conservative each year, with most of the rest identifying as moderate. Approximately 73 percent of GOP voters self-identified as conservative in 2018, matching the previous high point over the past two decades, during the 2012 presidential election between then-President Barack Obama (D) and Republican presidential candidate Mitt Romney.

The new poll shows that just 22 percent of Republicans call themselves moderate, with at least 70 percent identifying as conservative since 2008.

Independents are still largely split with moderates from both of the main, dominant political parties. Their plurality has consistently described their overall political views as moderate, with the remainder more likely to identify as conservative than liberal. However, conservatives’ 17-point edge with Independents in 2009 has waned to just six points in 2018.

Nonetheless, political ideology varies little by household income, with all three major income groups expressing views of political parties and the spread within them near the national average.