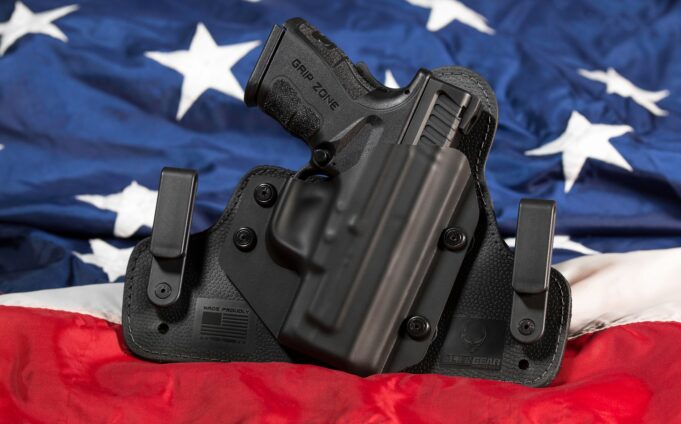 Spokespeople for a Virginia man said in a press release Tuesday that he has been hamstrung by police after stepping in to break up a fight between his friend and an armed aggressor.

Lloyd Muldrow, Marine veteran and member of the Marine Corps Security Force, went to visit a friend, Marshal Collins, in Baltimore last month. When he arrived, Collins was in a violent struggle with a man called Wesley Henderson, who had allegedly pistol-whipped Collins, causing him to bleed from his head.

Muldrow then disarmed Henderson and detained him until police arrived.

“Police arrived moments later to investigate the altercation and the reports of a gun. They encountered Mr. Collins and Mr. Muldrow restraining Wesley Henderson on the ground. Police, of course, immediately asked where the gun was,” according to the release. “By then Mr. Henderson’s gun had been retrieved by someone else (a not-uncommon occurrence in Baltimore; police said as much on the scene).”

Muldrow then told police that he, too, was carrying a firearm which was concealed on his hip.

“Police at first thanked Mr. Muldrow for his help, but when the officer in charge arrived and took control of the investigation, the subordinate police were commanded to investigate the lawfulness of Mr. Muldrow’s sidearm in Maryland,” said the release. “They learned he had a concealed carry permit in Virginia, and that he held a job providing security to federal facilities that required him to be armed, but they also learned that he was not specifically permitted to carry in Maryland.”

He was then arrested for possession of a gun within 100 feet of a public building and carrying a concealed weapon, despite the fact that police had just praised him for taking down Henderson while Henderson attacked Collins.

“I have taught Marines hand-to-hand combat for many years,” Muldrow said. I have disarmed several enemies, as well as IEDs. My natural reaction was to do as I was trained for my country.”

“Lloyd Muldrow is an accomplished Marine, a self-defense instructor, and a churchgoing mentor to young people,” he said. “Now, because of Maryland’s outdated, and possibly unconstitutional gun laws, he faces jail as if he were every bit as criminally minded as Mr. Henderson, rather than the selfless hero for his country and his friends that he proved himself to be.”

A fundraising page, established for Muldrow to help pay his legal expenses, contains video of the incident.