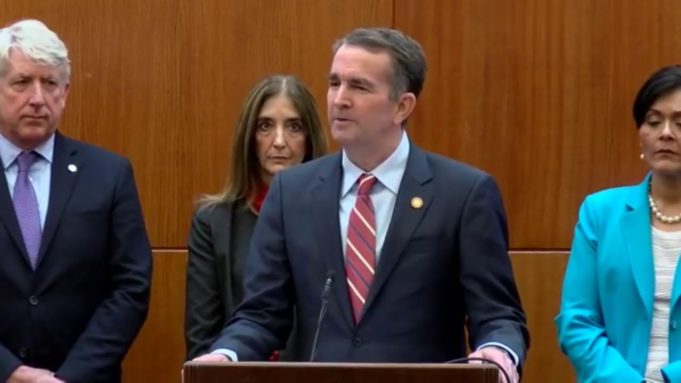 To say the response to the Eastern Virginia Medical School report on Governor Ralph Northam’s racist photo debacle has been unkind is the understatement of the decade.

Governor Northam told WHSV that the report vindicates him.

“I think it was a thorough investigation,” Northam said. “I think it confirms what I’ve said all along — that I’m not in that offensive picture.”

Editorial writers at both the Richmond Times-Dispatch and Fredericksburg Free-Lance Star disagreed. Both excoriated Northam for his response to the photo scandal and what it says about his leadership skills.

The RTD asks, if he can’t handle a public relations/political crisis, what would he do in a real crisis?

“Northam’s bungled response raises the life-and-death question of how he would handle a crisis that threatens the well-being of Virginians, such as a terrorist attack, school shooting or extreme natural disaster. In times of trouble, Virginians need a resolute, strong leader — not one who speaks in contradictions.”

“One can agree with the sentiment behind Northam’s declaration while remaining highly skeptical of the timing. Was the embattled governor’s “Second Chance” proclamation just more self-serving pandering as he seeks absolution for something he still claims he didn’t do?…”

“Although Northam’s political transgression doesn’t rise to the level of criminality, his own contradictory statements on the racist yearbook photo have shown him to be unworthy of Virginians’ trust. And for dissembling politicians like him, there should be no second chances.”

David Harsanyi at The Federalist is even less kind. He asks the question no one else in public seems to have asked. How is dressing in blackface or a Klan robe something you could be unclear about?

“If you had dressed up as a Klansman or put on blackface for a costume party when you were a 24-year-old student, would you remember the incident? Smearing black makeup all over your face to look like Michael Jackson or draping yourself in a white sheet to cosplay a racist cross-burner—even way back in 1984 Virginia—wasn’t just another Saturday night out drinking with friends. It would take a bit of effort. It might be noticed. It might even make the yearbook.”

“If someone accused me of attending a costume party dressed as a member of the Schutzstaffel, I would be exceptionally confident in my answer. Yet Northam couldn’t initially recall if he was the one wearing blackface or the one wearing the KKK robe in the 1984 Eastern Virginia Medical School yearbook photo with his name attached—which is definitely a weird thing to be unsure about…”

“Don’t worry, you survived, governor. You can stop treating everyone like a bunch of gullible fools.”