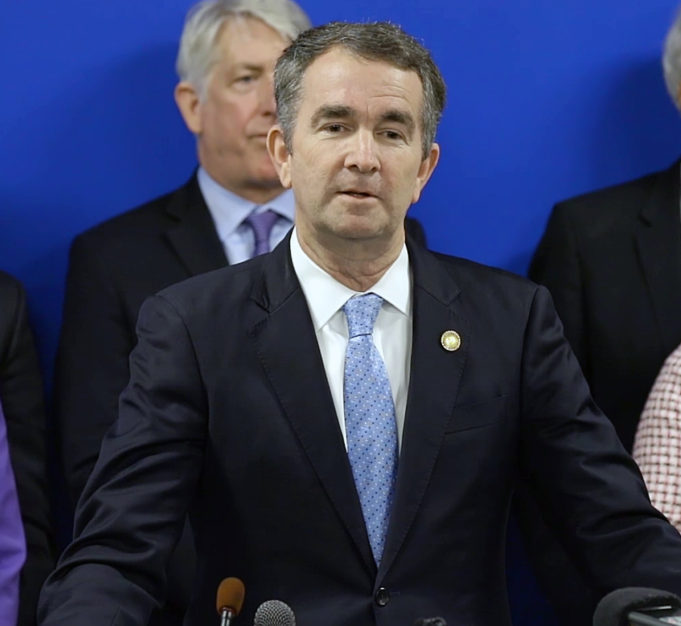 NORFOLK — While report commissioned by Eastern Virginia Medical School didn’t break much new ground on who was in the Governor’s infamous photo, it did shed light on why the situation was handled so poorly — the crisis from his abortion comments on WTOP radio.

“With respect to the photograph on Governor Northam’s personal page, we could not conclusively determine the identity of either individual depicted in the photograph,” said Richard Cullen, a partner with the firm McGuire Woods, which conducted the investigation for the school.

In a statement released after the report, Northam apologized for his flop on the photo.

“I felt it was important to take accountability for the photo’s presence on my page, but rather than providing clarity, I instead deepened pain and confusion,” he said.

“The onus remains on Governor Northam to deliver the answers he promised to the citizens he still seeks to serve,” Gilbert said.

Some notable pieces from the report:

• Chief of Staff Clark Mercer laid much of the blame for the Administration’s poor response to the scandal at the feet of an earlier crisis — the fallout from his appearance on WTOP’s Ask the Governor, where he defended a bill that would have allowed abortion up to the moment of birth.

“I think absent Wednesday, Friday would not have happened,” Mercer said to investigators.

Northam’s radio interview remains a sore spot for the Governor — he has yet to return to either WTOP or its equivalent in Richmond on WRVA since the interview.

The report gives us the first clarification of Northam’s remarks since he made them in late January.

“Mr. Mercer said that Governor Northam gave high-level answers as a physician who has delivered babies – not answers that a political person would have necessarily recommended,” the report states.

“Mr. Mercer explained that was how Governor Northam thought and spoke – as a doctor, not a politician. Mr. Mercer heard from political opponents who planned to use Governor Northam’s statements against him and accuse him of supporting infanticide.”

Northam has yet to offer any clarification for his remarks, even four months after the interview.

• The Governor’s staff eventually gave him two options: own the photo and apologize, and deny it completely. A “middle ground” statement that the administration was looking into the matter, never made it to the Governor’s desk.

“’Given those 3 options – at the staff level – hindsight 20/20, we all wish we could go back and give him different advice. At the time [our though was] if you don’t make a statement tonight, your Governorship is over. I offered to make a statement myself that we were looking into it.’ That was shot down,” he said.

“The response was you can’t equivocate whether you were in the picture or not. The image is so abhorrent that that would lead to its own problems. If you have 100 percent certainty, you can say you’re not in it,” Mercer said. “Otherwise, ‘you can take responsibility. In the time since, no one has [come forward and] said they were in the photo. We all have our suspicions as to who it might be.’”

• Northam’s team didn’t expect the reaction to be nearly as intense as it turned out to be.

There were “also some miscalculations on my part. Taking responsibility is what is preached every day. You think you’ll have some friends stand by you. We didn’t anticipate the wholesale asking him to resign,’” Mercer told investigators.

“That and ‘also no one has come forward to put their careers on the line’ and say it’s them in the photo. ‘Not surprising,’ but still that has not happened.”