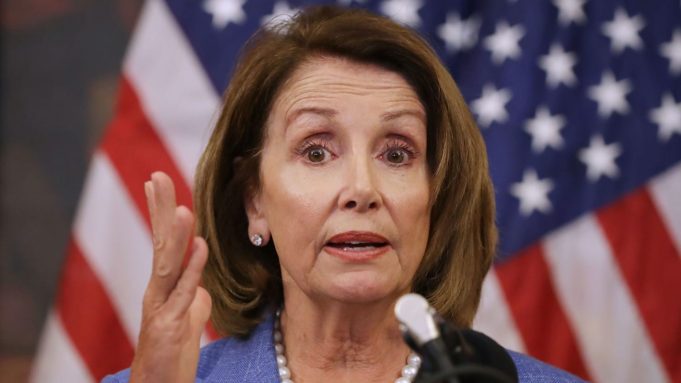 Now here’s an interesting bit of news from the USA Today:

Virginia Gov. Terry McAuliffe and Rep. Nancy Pelosi have been quietly courting major party donors during a series of weekend trips to San Francisco, Los Angeles, Boston and New York in an effort to convince them to channel more funding to local and state elections — with a particular focus on the next generation of governors who will oversee redistricting around the 2020 Census — as well as legal challenges to gerrymandered congressional districts…

So does Pelosi intend to raid Virginia’s elections with out-of-state cash?

Let’s review the rumors at this rate: McAuliffe is already bantering about the idea that he could be a notable Democratic name to challenge Trump in 2020.  Nancy Pelosi is perhaps one of the most disliked politicians in America at the moment, and is desperate to solidify her possible chances at becoming Speaker of the House again.

Of course, the better question to ask at this rate is why wouldn’t Pelosi want to be seen as rescuing a moribund and hapless Northam candidacy?

Arlington Residents May Not Hate Guns As Much As You Think