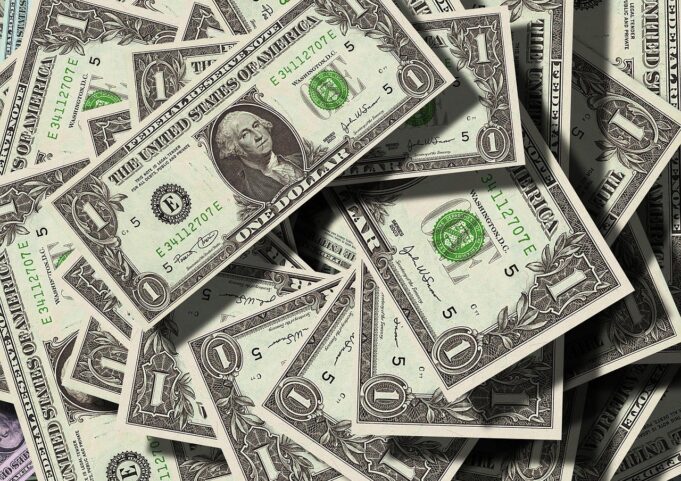 This week we learned that the President of the United Sates had decided—by fiat—that any student earning under $125,000 a year who also has an outstanding student loan debt will not be required to pay it in full. Never mind that some people have already paid off their student loans. They clearly should have delayed doing so.

Some history is important here. In 2010, President Obama signed a bill that ended a 45-year-old program whereby banks and other private-sector lenders, such as Sallie Mae, received Federal subsidies for making government-guaranteed college loans to students. That bill placed student loans exclusively under the U.S. Department of Education, which at the time was administering about a third of student loans through its direct-lending program. No longer could students who previously had private sector loans choose their lender. Only the government could do that. The result? Student loan debt grew from $811 billion in 2008 to $1 trillion by 2012. In 2021, it was $1.7 trillion!

This should not have surprised anyone. Virtually any person, regardless of their ability to pay, could take out a student loan as easy as grabbing a box of popcorn at a ballpark. It was the perfect gimmick. The government loved handing out easy money. The students—not facing high interest rates and the pressure of repaying a loan as one would for an automobile—were able to blithely skip along as if some fairy godmother had granted them a wish. And colleges and universities licked their chops over this program. Unlimited student debt meant unlimited tuition hikes and that was heaven for universities seeking to expand, while having that burgeoning spending underwritten through massive student borrowing. The only group no wiser for this scheme were the students who, after graduating, would be handed a bill for four to six years of mindless borrowing.

Consider the facts. Average tuition and fees at private national universities have jumped 154 percent. If you were an out-of-state student, your cost rose by 181 percent. However, in-state tuition jumped 221 percent! And why not? The universities awoke to the reality that the Federal government was handing out money to students hand over fist, money easily provided by tuition increases that would be paid for with easy money. Everyone was addicted. Including parents.

No longer would parents be left holding the bag for taking out loans for their child to go to college. Great, right? Little Billy or Sarah could go to college, enjoy the parties, major in advanced interpretive macrame art, community organizing, or the latest fad in socialist historical revisionism and all would be paid for, right? Wrong. The wanted pages have no openings for macrame specialists, community organizing, or Critical Race Theory lecturers sufficient to pay off a six-figure college debt. Welcome to the student loan crisis. It’s a crisis of profligacy. It’s a crisis of vocational naiveite. And it’s now a crisis of responsibility.

We are paying the price for taking a program that should have remained in the private sector and turning it into a turnstile to hand out buckets of cash. Moreover, that unlimited money stimulated unlimited tuition increases and dead-end career fields where the student would have virtually no possibility to pay it off in a reasonable manner. The result? An “olly, olly oxen free,” with respect to paying off debt that students freely assumed but now want to walk away from, an act of irresponsibility now embraced by the current U.S. Administration.

Whatever happened to the notion of a contract, where willing buyers obligated themselves to pay for the goods they purchased, in this case financial assistance? Whatever happened to the common law notion of caveat emptor, let the buyer beware? You know, the idea that a buyer is ultimately responsible for the contracts and purchasing decisions they freely take upon themselves. No longer is that the case. Now all a student must do is renege and Uncle Sam will pick up the cost. Right? Wrong. Those costs will be borne by you and me, the taxpayers. Why, because there is no free money. Ultimately somebody pays. And when we do, we will discover that our President has now obligated us to pay for no less than $300 billion in student loans that are essentially defaulted contracts.

Whose fault is that? It’s those of us who think we can vote for politicians who dispense taxpayer money to curry favor with people who consider the role of the government is to hand out goodies. Here’s another term that we seem to have forgotten, caveat venditor, let the seller beware. And in this case the seller of student loans—taxpayers like you and me—have been taken to the cleaners and hung out to dry.

In a way, we are experiencing loan larceny.

PS: Good News! My newest book, Yanks in Blue Berets: American UN Peacekeepers in the Middle East, will be released on July 4th, 2023! You can preorder a copy at this link and also read the synopsis!