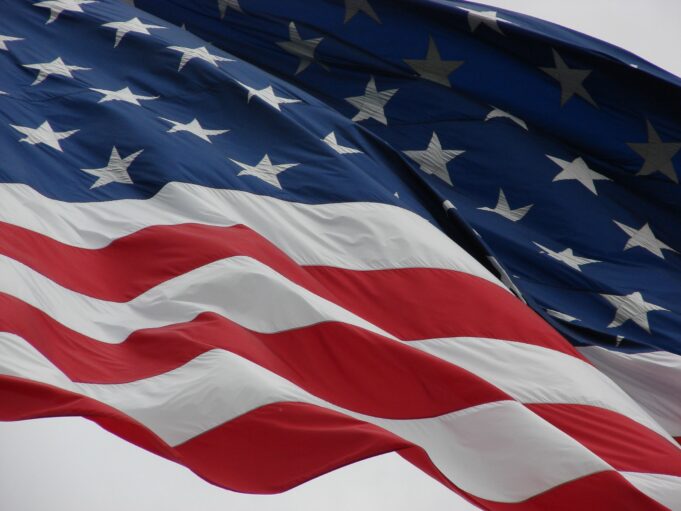 Election Day is finally here and polls in Virginia have closed.

The race for governor, lieutenant governor, attorney general and all 100 seats in the Virginia House of Delegates are up for grabs.

Anything less than a landslide by Terry McAuliffe should send shivers down the spines of national Democrats to say nothing of the implications of President Biden’s Build Back Better Agenda.

One caveat: With absentee ballots being counted first, we except to see a substantial McAuliffe lead starting off.

Watch as the results trickle in:

Thus far, McAuliffe leads Youngkin by 10 points in Loudoun County with 34% of the vote counted.

McAuliffe has a 5 point lead in Henrico County with 16% of the vote reported.

Republican ticket out to an early lead in Chesterfield.

If those numbers hold up in suburban Richmond it may be an early night.

However, Democratic strategists claim that McAuliffe never intended to win Chesterfield County, even though Biden won there in 2020.

With 14% of the vote reporting, Glenn Youngkin leads with 55% of the vote, 11.2 percentage points ahead of Terry McAuliffe. Votes from Fairfax County remain outstanding.

The 100 precincts or so that have reported so far show an ultra-competitive election and very high turnout.

The races for lieutenant governor and attorney general are highly competitive, too. Jason Miyares has a 13.4 point lead with 23% of the vote reported. Winsome Sears has a 14.6 point edge. Both are running slightly behind Youngkin.

Based on those initial returns, McAuliffe has 74% of the vote in Fairfax County. That’s probably lower than what he wants, although it’s still early.

Voter turnout for this election looking to be upwards of 3M statewide, that’s more than 50% of VA’s 5.9 registered voters @WAVY_News

Currently, McAuliffe has a 6 point lead in Loudoun County. Eighty-three percent of the vote is counted there.

That being said, Youngkin has expanded on Donald Trump’s 2020 lead in GOP-leaning Fauquier County.

Trump won Fauquier County by 17. Youngkin currently leading it by 42 with 55% of the vote in. pic.twitter.com/JESDSDwBfh

According to The New York Times’ Nate Cohn, McAuliffe is slightly underperforming. Although it’s still early, so buckle up.

Is the House of Delegates About to Flip?

Democrats may be in danger of losing their majority in the Virginia House of Delegates. Republicans lead in 14 Dem-held districts right now. It's still early, of course, but they only need 6 to flip.

Danville (Southside VA): McAuliffe needed to win it by 10%, per my benchmarks. McAuliffe wins it by only 7%. #VAGOV

Meanwhile, Youngkin continues to over perform in rural counties.

Radford (college town in SWVA): McAuliffe needed to win it by 0.3%, per my benchmarks. Youngkin wins it by 9%. #VAGOV

However, the City of Richmond isn’t reporting yet.

And Fairfax County is only 8% counted.

Update at nearly 1500 precincts: Youngkin is still on track for victory, running a ahead of what he needs across basically every dimension worth looking at.
But it's worth noting just how close things are to 'expectations,' which is simply shifting the 2020 result to the right pic.twitter.com/Mbe3pg7NFB

This is breaking news. Stay with The Republican Standard for the latest updates.

The Cook Political Report is considered the best in the business when it comes to political prognostication.

The Post’s election model is now turned on in Virginia's race for governor: We are estimating the likely outcome based on past election returns as well as votes counted in the race so far. https://t.co/FfFY1JxytK pic.twitter.com/qrvkgzZFHP

Sean Trende of RealClearPolitics tweeted an interesting graphic. It appears Virginia Democrats could face an unmitigated disaster down-ballot, with McAuliffe underperforming in most of Virginia’s counties and independent cities.

Obvs people calling it for Youngkin, but this illustrates the difficulties Ds are going to have elsewhere. This could be an unmitigated disaster for Ds if these numbers continue to hold. pic.twitter.com/Z0G519xYrk

It’ll be interesting to see how the New Jersey’s governor’s race shakes out.

Woof, McAuliffe is down to 67.6% in Fairfax County. While a two-to-one margin is objectively decisive, the current results are well below his campaign’s target number.

This one graphic captures how Youngkin achieved victory in a Biden +10 state.

You can bet every Republican in the country is going to run on education in 2022 because of what happened in Virginia tonight. (Even if in reality education was just part of the picture and "education" is an umbrella for a hundred different sub-issues.) pic.twitter.com/S11lYm0AXW

Yep, Caroline and Nelson counties went to T-Mac in 2013 but flipped to Youngkin by double-digits. https://t.co/pH5WwrdMLm

According to MSNBC’s Steve Kornacki, it appears that the political map has changed in Virginia.

Loudoun County remains blue. And Youngkin won’t do as well there as Mitt Romney did in 2012. However, Youngkin kept GOP losses in Northern Virginia to a minimum and added to the Donald Trump’s 2020 margins in the more rural parts of the state.

Horrible messaging from the Democratic nominee doesn’t help either.

Just about the only places we're seeing McAuliffe (D) exceed his vote targets are inside the Beltway. It's not enough to win, but it is enough to keep Youngkin (R)'s eventual margin quite narrow, maybe 2-3%. #VAGOV

We’ll keep you updated as the vote total continues to roll in.

Terry McAuliffe underperformed his 2013 showing in southwestern Virginia—by as much as 20 points in places.

Decision Desk also announced winners in Virginia’s other statewide races. The Democrats in the Virginia State Senate should count their blessings that the Old Dominion’s state senate elections aren’t for another two years.

According to Kapur’s analysis, McAuliffe is running (a bit) ahead of Biden with minority voters, and he’s running a little behind Biden with white men. However, white women swung decisively against him.

This could end up closer to Youngkin +4 or +5 at the race absentee votes in Democratic strongholds are falling off. Just clear complacency among Dems for McAuliffe. But also real evidence of sub/exurban vote-swticthing. See scatters here (at the county level). pic.twitter.com/S1fAkYckpa

Needless to say, tonight's results are consistent w/ a political environment in which Republicans would comfortably take back both the House and Senate in 2022.