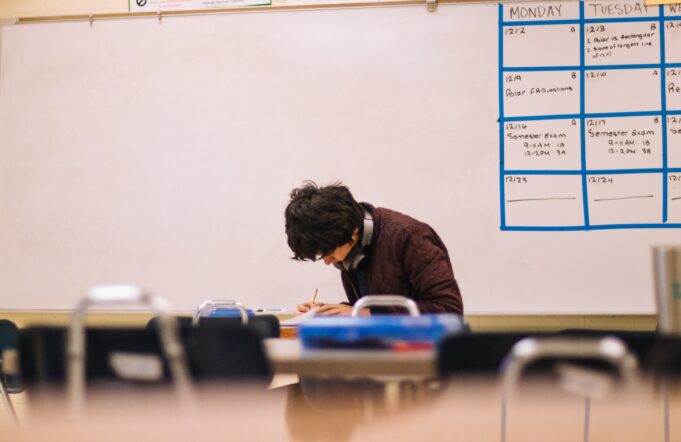 The then-high school freshman who raped a girl in a Loudoun County high school’s girls’ restroom has received his sentence.

The boy, now 15, was spared prison time after one of the victims’ mothers, Jessica Smith, asked that the convicted sex offender receive leniency.

Jessica is married to Scott Smith. You may remember Scott as the man Loudoun sheriff deputies arrested at a Loudoun County school board meeting after one official and another parent marginalized his daughter’s assault.

Instead of going to prison, the teenager has been remanded to a residential treatment center so that, in the words of Jessica, he has a “fighting chance of becoming a better person.”

Before being sentenced, the boy apologized to the two girls he assaulted.

But one of the victims said he would not be rehabilitated until he acknowledged that there was also a third girl he has assaulted. “I hope one day you tell them what you did to that girl,” she said. The judge said a report she reviewed as part of sentencing also noted the existence of a third victim.

The mother of the first victim said: “These horrific sexual assaults should have never occurred. There were people who could have turned it around years ago.”

Scott Smith, the father of that victim, told the court “this whole thing caused a huge division in our community … We were accused of lying about this sexual assault for political gain. That didn’t go over well with half of Loudoun County, who didn’t patronize our business” as national media painted him as an ignorant conservative bigot for being angry at a school board meeting.

But on Wednesday Judge Pamela Brooks said the assaults did occur, saying, “Over the years this court has read many psychosexual reports, and when I read yours, frankly, it scared me. It scared me for you, it scared me for society.”

Though the boy isn’t going to prison, Judge Brooks ordered the perpetrator put on the sexual offender registry, something she had never done for a juvenile.