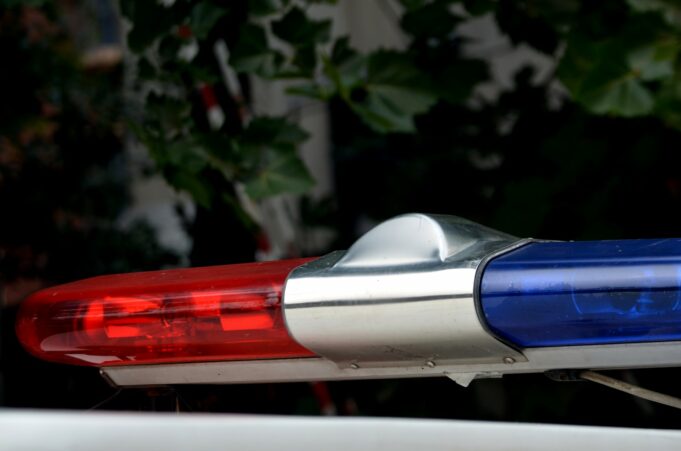 The Motorist Bill of Rights would not only fight crony capitalism but help restore integrity and trust in government.

Virginia Republicans’ recent victories present the Party with enormous opportunities to pursue agenda items that can satisfy our electorate and cement our electoral gains; these opportunities must be seized. Although this year’s elections went well, Republicans must not be lulled into a sense of complacency because, outside of education reform policies, the Party has little to sell in the more densely-populated areas of the Commonwealth. Time and time again, we have seen that income and real estate tax cuts, support for the 2nd Amendment, and protecting unborn lives do not attract the independent and crossover Democrat votes we need to win elections in heavily populated blue areas. Consequently, we must find new issues that potential crossover voters care about and potentially align them with Republicans without abandoning our core principles.  In addition to Governor-elect Glenn Youngkin’s commonsense, kitchen-table agenda, we propose passing a Motorist Bill of Rights, which would resonate with swing voters.

Virginia has roughly six million motorists out of a population of approximately 8.6 million.  Of course, many motorists live in urban or suburban areas.  For many of these motorists, vehicles are essential to their livelihoods, from Uber drivers to sales representatives to hospice nurses.

Yet too often motorists face a state and localities that, through their vehicle laws, regulations, and practices, are looking for ways to raise revenue off their backs using trivial vehicular offenses.  These laws, regulations, and practices frequently are not intended to improve safety on our roads, but to raise revenue for state and local jurisdictions.

Examples of abuses of Virginia motorists are not hard to find.  Places such as Emporia, Hopewell, and Windsor have become known as speed trap towns, using speeding tickets to collect substantial revenue.  Politicians also pile “court costs,” for items such as court security and maintenance, on top of these tickets.  Citizens already pay taxes to maintain and secure courts; they should not have to pay a second time on top of a traffic ticket.

Red light cameras line the pockets of crony capitalists and encourage public corruption. For example, two red light camera companies have been caught bribing government officials to install or protect these cameras because these companies receive a cut of the fines, frequently 28-35 percent and sometimes more. Officials have been bribed in multiple states, allegedly including Virginia. As another example, two Hampton Roads localities shortened yellow lights after installing red light cameras, which results in more tickets being issued.

These predatory practices are deeply regressive, hurting working-class voters who can ill-afford the fines and penalties associated with violations.  Additionally, they contribute to mistrust and tension between law enforcement and the citizenry.  Citizens know when their government is treating them as an ATM.

In Northern Virginia and throughout Virginia, tolls have become astronomical.  A one-way trip on the Dulles Toll Road can cost as much as $4.75.  Workers who take the Dulles Toll Road to work every day spend nearly $10 a day to commute to work.  HOV roads such as Interstate 66 inside the Capital Beltway can have fees on the order of $20-$30 one-way during HOV hours.  These costs are divorced from any realistic amount needed to maintain the roadway.  Not everyone has the luxury of carpooling.

And perhaps nothing elicits a knowing smile or heads nodding in agreement than complaints about the inefficiency and inconvenience of the Department of Motor Vehicles.  While it is something of a running joke, the fact is that the DMV is terribly inefficient and inconvenient.  That has real economic costs both for individuals and in the aggregate.

Our laws should reflect the critical role that transportation plays in individual’s lives and protect Virginia’s taxpayers from the over-zealous, predatory practices current law permits and promotes.

That is why we propose a Motorist Bill of Rights.

Many states, including California, Texas, North Carolina, Tennessee, and North Dakota have considered increasing motorist protections.  Virginia should do the same.

Our proposed Motorist Bill of Rights has 15 points:

Virginia should require predatory towing companies to immediately return vehicles to their owners when they show up to retrieve their vehicles. They should not be permitted to hold cars for ransom and then keep or sell them because the fees have grown too large for the owner to pay. If motorists insist they were parked legally and refuse to pay, towing companies can always take the vehicle owners to court and provide evidence to the judge that they are entitled to payment. Nearly 74% of Virginia voters support this reform.

Also, Virginia should require that predatory towing companies wait at least 15 minutes after a motorist leaves their vehicle before towing it. Sometimes parking rules are unclear, or a guest needs to pick up a visitor tag from a friend or from the office at a hotel or apartment complex. A 15-minute grace period would help avoid needless tows over mistakes.

Finally, predatory towing companies should be barred from towing vehicles due to expired registration or inspection stickers, and these companies should be required to give motorists 30 days to fix or remove inoperable vehicles from multifamily housing complexes and communities run by homeowner associations before the vehicles may be towed.

Republicans made gains in Northern Virginia this year, but there is a lot more work to do.  That is why we must work relentlessly to identify and solve problems that the Democrats have ignored or exacerbated while pursuing their out-of-touch, “woke” agenda — without losing our base. One of these real problems is that motorists are being shaken down and losing their vehicles, or the right to use them. Because many people are dependent upon their vehicles, seizing or disallowing the use of a vehicle should be settled in law as a last resort, not a first.

Among other things, the above recommended pro-motorist policies would increase fairness, improve public safety, save taxpayers’ money and time, clean up the government’s books, fight crony capitalism, and help restore integrity and trust in government. Finally, not only would a Motorist Bill of Rights help a lot of struggling families across the Commonwealth, but it would also be popular with voters, as the polling shows.