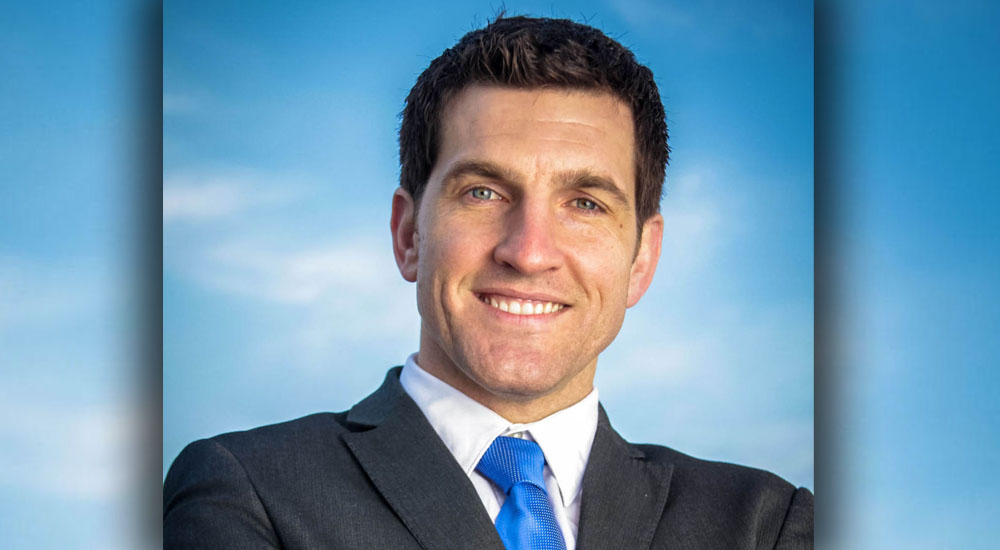 On February 1, just ten days into his Administration, President Trump made an unannounced visit to Dover Air Force Base for the transfer ceremony of Navy SEAL Ryan Owens who had been killed in combat in Yemen.

Among those to accompany Owens body off the plane with the President?  Freshman Congressman Scott Taylor (VA-02).

A former Navy SEAL himself, Taylor had been invited to Dover AFB by President Trump to witness the transfer ceremony. Taylor shared his appreciation to be able to honor his brother-in-arms, mentioning that Trump himself was clearly moved by the experience.

Thus began the start of a partnership between President Trump and Rep. Scott Taylor that covers security issues, military readiness, and a host of other concerns.

How strong is the relationship?  As a freshman, Taylor has been invited to fly with the President on Air Force One three times. Remarkably, Taylor was called one summer Saturday afternoon by President Trump thanking Taylor for his now-famous remarks on CNN that the liberal media was “getting played” by the president because while the media was going berserk over the President’s tweets, Trump was repealing regulations and implementing his agenda without the media even noticing.

What’s more, a couple weeks before his own trip to Latin America, Vice President Pence called on Taylor to get his perspective on the situation in Venezuela after Taylor’s week long fact-finding mission in Latin America — including Taylor’s active duty service in Latin America.

At just 38, Scott Taylor is the kind of Republican candidate and office-holder that the new Republican Party is embracing.

Thus on foreign policy, the Trump Administration is demonstrating Taylor’s value to leadership — not just with direct consultations, but with input at the national security level.

So how did Taylor get here?  His personal story is perhaps more intriguing than the political career — and Taylor’s remarkable personal story bears some review.

In 2013, the retirement of Delegate Bob Tata created an open seat in the Kempsville area of Virginia Beach. Taylor jumped into the race as did long-time Republican activist Gary Byler.

At the time, Governor Bob McDonnell endorsed Byler, yet Taylor won despite the governor’s endorsement; carrying the district by 16 points in a three-way race. Taylor cruised through the general election with 56% of the vote.

But it was in 2016 that Scott Taylor really showed his ability to take a punch, hit back, and deliver a knockout in a big race.

With the retirement of Rep. Scott Rigell, and a congressional map redrawn by federal judges, Rep. Randy Forbes, a 16 year GOP incumbent, made the decision to run in VA-02, declining the chance to take on Rep. Dave Brat in a VA-07 that held 40% of the pre-2010 VA-04, where Forbes declined to run in a rump district he had lived and represented since 2001.

After a bruising primary where Taylor was outspent 10 to 1, Taylor carried the Virginia Beach centered VA-02 with 52% of the vote in yet another three-way primary, defeating Forbes by nearly 12 points.

The stunning victory catapulted Taylor into Congress where he won the general election by 22%. Trump won the Second District by 24,000 votes; Taylor carried the district by 71,000.

A star was born, and for President Trump, a partnership was in the offing.

In Congress, Taylor has broadly supported President Trump’s national security agenda, voting to repeal and replace Obamacare, supporting regulatory reform, championing true tax reform, and championing a higher standard of accountability from Veterans Affairs — even getting his own bill passed through the House (a remarkable accomplishment for a freshman congressman).

In line with the Trump’s directives, Taylor has consistently voted to begin rebuilding and modernizing the United States military.

Yet Taylor has proven himself to be his own man when required.  When the president’s budget zeroed-out funding for Chesapeake Bay restoration, Taylor immediately fought to get funding re-inserted for the Chesapeake Bay — a detail missed by the president’s staff, but as evidenced by the relationship between Trump and the congressman, a detail rectified and appreciated.

Taylor has a compelling personal story. Raised by a single mother in a small town named Hebron on the Delmarva Peninsula, Taylor is the first “little brother” from the Big Brothers Big Sisters of America organization ever elected to Congress. For over 8 years he served as a Navy SEAL in Latin America and in the Iraq War as a sniper, where he was severely injured on a combat mission.

Taylor never missed a beat.  Using his GI Bill benefits to earn a degree in International Relations from Harvard University, Taylor improved upon an already stellar career with a public service record to build a specific brand of successful, conservative, big tent Republican.

How consistent is Taylor?  Despite the waiver Congress continues to grant to itself on health care insurance, Taylor remains within the VA health insurance system, rather than the insurance offered to Members of Congress.

Yet Taylor doesn’t remain satisfied to just be a conservative; Taylor walks right into the lion’s den to take on the national media in places many Republicans refuse to go (or perform poorly). National cable television appearances — including CNN and MSNBC — find Taylor a conservative stalwart ready and willing to defend the Republican Party and the President’s agenda.

Frankly, he’s pretty damn good at it. Check out this interview from Friday morning on MSNBC’s Morning Joe:

At just 38, Scott Taylor is the kind of Republican candidate and office-holder that the new Republican Party is embracing.  Servant-leader, humble, experienced, thoughtful, inclusive, smart, principled, energetic, open-minded, sincere — just the sort of principled veteran that captures the eye and confidence of the President during insecure times.