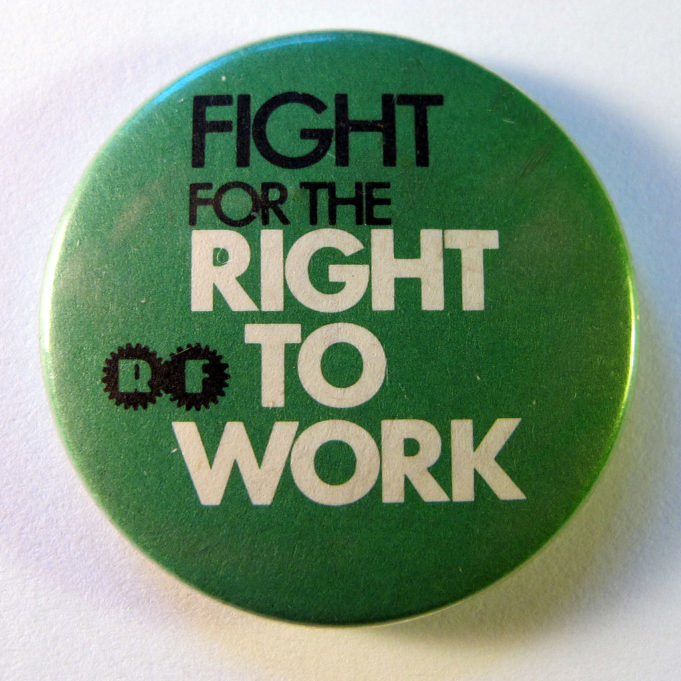 During the 2019 General Assembly session, legislators on the progressive, far-left side of the aisle supported repealing Virginia’s long-standing right-to-work law under the guise of protecting the Commonwealth’s workers. The Republican caucus was able to cease its advancement, but Democrats are seeking to prioritize the measure if they take back legislature as the GOP holds on to one-member majorities in both the House of Delegates and the State Senate, 51-49 and 21-19, respectively.

Enacted over eight decades ago, Virginia’s right-to-work law had long enjoyed bipartisan support, until the 2017 House elections shifted the Democratic caucus further to the political left on the issue.

Notably, Delegate Lee Carter (D-Manassas), a self-described socialist, and a close ally of union bosses, filed legislation in this year’s session in Richmond that would grant government employees the right to strike and walk off the job, even when it would close public schools or threaten public safety.

While Carter may believe he is fighting the modern Marxist battle for the pained proletariat in securing freedoms for workers from corporate America, the evidence regarding one’s proclivity to join a union when given a choice shows that workers seek quite the contrary after public sector union membership plummeted when First Amendment freedoms were upheld by the highest court in the land.

Last year’s action by the U.S. Supreme Court reveals that repealing right-to-work laws does not protect a worker’s employment rights considering that workers, when given a choice, choose not to belong to unions.

Many on the left said the court’s decision in Janus v. AFSCME (2018) would cause irreparable damage to unions, and it did, but for good reason. They also claimed it would put corporate interests against those of workers, and it did not, also for good reason.

With workers being given the choice of no longer paying to support unions, those which workers did not want to join in the first place, workers stopped paying, because of choice alone, which is the entire point of right-to-work laws.

Reason reports that in the 10 months since the ruling was handed down from the Supreme Court, two of the largest public sector unions in the country lost more than 210,000 “agency fee members” since unions could no longer force non-members to pay partial dues. According to annual reports filed with the U.S. Department of Labor, the American Federation of State, County and Municipal Employees (AFSCME) lost 98 percent of its members, and the Service Employees International Union (SEIU), lost 94 percent.

Not only does this free workers from being forced by unions to pay dues, it will also decimate the powerful public sector unions’ bottom lines.

Nevertheless, the unions’ most ardent members decided to stay with their collectives even after the decision in Janus opened the door for them to leave, and non-members seem to have almost unanimously left, which is the point of the case and of right-to-work laws.

Individuals who choose to support a union can continue doing as such, and those that do not want to fund union activities are no longer forced to do so. Therefore, the case simply codifies the right for workers to do as they please.