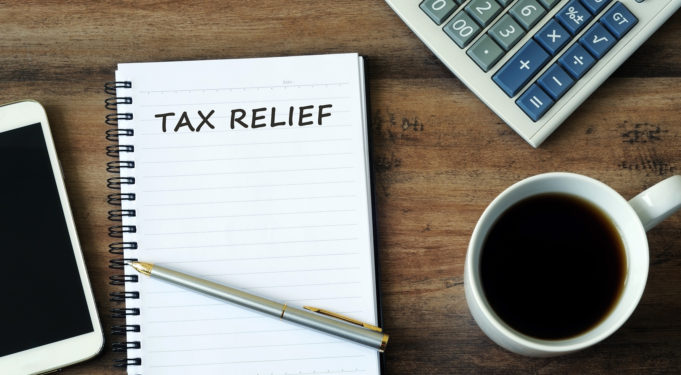 However, before Northam and Democrats in Richmond take to their usual taxpayer-funded spending spree, Delegate Kirk Cox (R-Colonial Heights) is telling them to pump the breaks with the hashtag #GiveItBack.

In a proposal announced early Tuesday afternoon, Cox called on the Governor to return the additional money to its rightful owner — the source from which it originally came — the people.

“Let’s be clear: that money belongs to the people who earned it, and I think we should simply give it back. With $730 million, we can provide one-time rebate checks of $190 to individuals and $380 to families.”

Cox’s one-time rebate check proposal sets up an inevitable clash between fiscal conservatives like himself, and Democrat elites who have, for years, convinced themselves they know how best to spend other people’s money.

Instead of Democrats allotting this lump sum to fund high-dollar items on their far-left wish list, Kirk Cox is putting his faith in the people of the Commonwealth.

“This money belongs to you, Virginia — and I bet you can find a better way to spend it for your family than Democrats in Richmond can. They should give this additional money back to the people who earned it in the first place.”

$190 to individuals or $380 to families may not seem like much, but in a year where thousands of Virginians have been saddled with economic hardships — every bit counts.

More to the point?  The $730mil in overtaxation doesn’t belong to the bureaucrats in Richmond, and if overtaxed Virginians are due anything during these trying times?  At the very least, getting our money back sounds like a good start.

“I’ll be the first to admit, these rebate checks aren’t a lot. But for struggling families, it could mean help with the electricity bill, spring clothes for the kids, or tutoring. Whatever it is they use it for, it’s their money and they deserve to keep it,” Cox said.

This isn’t the first time either that Cox has taken steps to give Virginians back their hard-earned money. As former Speaker, Delegate Cox worked with House Republicans to provide taxpayers over $1 billion in tax relief. Cox said:

“Using that same model, we can provide tax relief, help our families and small businesses, and stimulate our economy, all while making sure we don’t create new unnecessary spending we can’t afford in future years.”

Cox’s #GiveItBack proposal will force Democrats to finally say what they’ve been thinking all these years, namely that they are convinced they know how to spend your money better than the people themselves.

Luckily for Virginians, election season is coming — offering a perfect opportunity to rid Richmond of the stunning elitism plaguing the Democratic Party if they do indeed refuse to #GiveItBack.