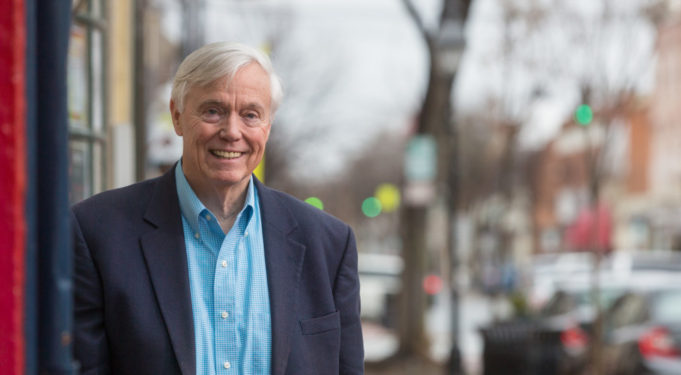 Virginia has lacked a solid center-right think tank for many years.  As opposed to other states where center-right think tanks exist in spades (such as the Texas Public Policy Foundation) and are incredibly well financed, Virginia’s TJIPP has stood in the vanguard for years doing yeoman’s work on a shoestring.

With the announcement of former Speaker Bill Howell filling in the role as Chairman of the TJIPP, Virginia’s premiere conservative think tank will finally get the financial backing it requires.  From the Institute:

Former Virginia Speaker of the House of Delegates William Howell has been elected Chairman of the Thomas Jefferson Institute for Public Policy Board of Directors.

“I’m enthusiastic about what lies ahead,” said Howell. “My goal for Virginia has always been to make the Commonwealth an exceptional state where men and women can get ahead through hard work and determination, pursue their dreams and raise their families.  The Commonwealth and our nation is in the midst of challenging days and I look forward to helping the Thomas Jefferson Institute research, create and promote policy solutions advancing prosperity and opportunity for all Virginians.”

“Bill Howell is a terrific Virginia leader and the Board could not have made a better choice,” noted Institute president Chris Braunlich. “Speaker Howell holds the bipartisan affection of any who ever served with him, and his ability to advance conservative ideals while encouraging cooperative relationships is second to none.”

“It is a skill all of us in politics and public policy can take lessons in,” said Braunlich.

Howell served 30 years in the Virginia House of Delegates, representing the Fredericksburg-Stafford area, the last 15 years as Speaker. Frequently described as a “pragmatic conservative,” during his time as Speaker, he modernized House operations, instituting efficiencies in the legislative process and overseeing renovation of the historic State Capitol for the 2007 Commemoration. He and his wife, Cessie, reside in Falmouth.

The vision of the Thomas Jefferson Institute for Public Policy is to create a Commonwealth of Virginia with a thriving economy where Virginians have the opportunity to succeed because economic and regulatory barriers are low, individuals and parents are empowered to make informed choices for themselves and their families, and the primary role of government is protecting citizens from each other and the overreach of government itself.

Elected to join the Board of Directors were Peter Lipsett, of Lexington, Vice President of Donors Trust, a donor-advised fund dedicated to protecting constitutional liberties and civil society; and Kristi Way, of Richmond, Executive Director of Moelis & Company, a global independent investment bank.