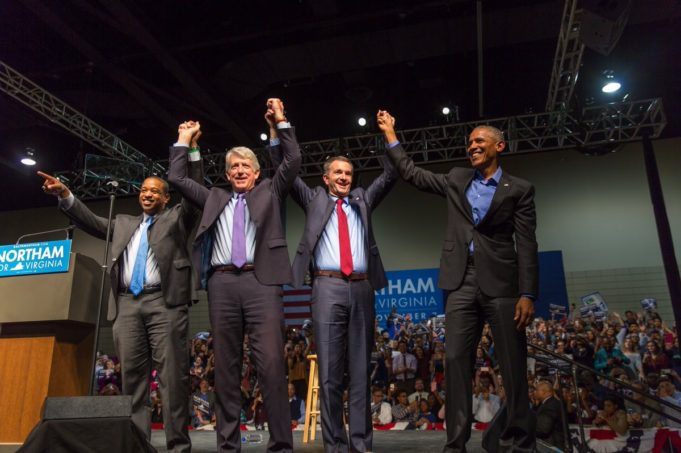 The Wason Center for Public Policy at Christopher Newport University released a poll Tuesday morning that shows the racial and sexual scandals that embroiled the entirety of Virginia’s Democrat-led executive branch has had a toll on their approval ratings.

To recap the scandals that began in February:

Governor Ralph Northam (D) reportedly appeared in a photo in his 1984 Eastern Virginia Medical School (EVMS) yearbook dressed either in blackface or in KKK robes. He first confirmed that he was in the photo – not saying which one – then backpedaled the day following at a very odd press conference, which included an attempt to moonwalk in front of reporters and his wife, Pam, telling him “inappropriate circumstances.”

A less-reported photo was also released of Northam from a yearbook when he was a cadet at the Virginia Military Institute in the early 1980s, with his nickname, “Coonman,” a racial epithet, featured below his head shot.

Lieutenant Governor Justin Fairfax (D) faces a sexual assault accusation from a woman at the 2004 DNC conference in Boston. He was also accussed of raping a woman while at Duke University in 2000.

The accusers, Dr. Vanessa Tyson and Meredith Wilson, have been interviewed on national television to tell their tales about what happened with Fairfax. House Democrats have also obstructed a bipartisan process to grant the two women and the lieutenant governor a legislative hearing.

Attorney General Mark Herring (D) admitted to wearing blackface to look like a black rapper at a party at the University of Virginia in 1980. His admission came just days after he called for Northam’s resignation for also appearing in racist photos.

Two months since the beginning of the turmoil in Richmond, Governor Northam now has a disapproval rating of 49 percent, and an approval rating of 40 percent, according to the poll that was conducted between March 11 and 31. As Democrats are backing off of their calls for him to resign, 52 percent of Virginians also believe Northam should stay in office.

Herring now has a disapproval rating of 28 percent, with the same number of the poll’s respondents saying that he should resign.