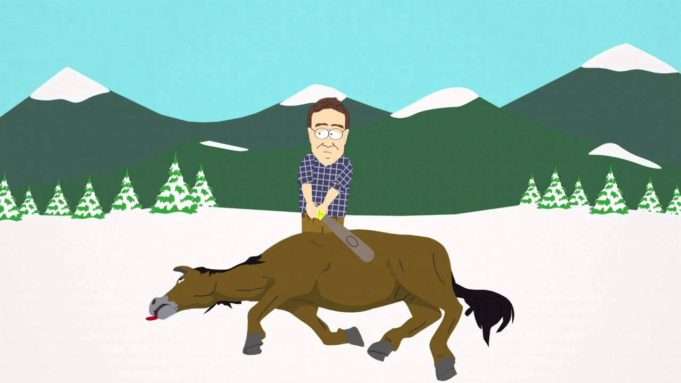 We lost. Sometimes the best answer is the simplest one.

It’s been a rough 24 hours for Virginia Republicans. The Democrats swept the statewide races and came within inches of taking control of the House of Delegates, with several races likely going into recount in the coming weeks. We lost races we never dreamt we’d lose. While we managed to cling onto a 51-49 majority in the House, but it’s a far cry from the near-super majority we had before.

Now Republican circles are busy playing the blame game, flooding our Facebook feeds with a slew of accusations, amateur commentary, and lackluster theories explaining “how we lost”.  Here are some of the more notable ones:

Throughout his campaign, Gillespie did a phenomenal job walking a very fine line between the pro- and anti-Trump factions of our party.  It was far from an easy feat, but he managed to run a campaign that appealed to both sides. Running to be a governor “for all Virginians”, the Gillespie team seemingly courted every faction of the Republican divide. On one hand, Gillespie ran an anti-illegal immigration campaign and defended Confederate statues. On the other, he focused on addressing the opioid crisis, mental health reform, criminal justice reform, education reform, tax reform, transportation reform, etc.

Ed Gillespie’s platform was jam-packed with a vast plethora of policy stances and a solid policy plans. There was something for everybody. But, in the end, straddling multiple sides didn’t lead us to victory.

Unfortunately for us, a single campaign against Donald Trump was able to bring about a high voter turnout for the Democrats. The rest is history.

In the wake of this Democratic tsunami, Virginia Republicans are frantically searching for answers to “what happened?” When Hillary Clinton asked herself the very same question last year, her list of excuses and scapegoats ran 512 pages long.

We can come up with endless explanations for “what happened?” but we already know the truth, and we need to face it. We lost. Let’s pick up our jaws, scrape our hearts off floor, and fight on.

And instead of asking, “why we lost”, let ask ourselves a more important question: “How do we win?”

The Republican Party is not dead. Contrary to what many Republicans fear right now, our fight is far from over. While we had all hoped and prayed for a much better result to yesterday’s election, this is not the end. It’s only the beginning.

We can choose to revert back into the party that has not won statewide in nearly a decade, or we can reemerge as a stronger, more focused, and more principled Republican Party.

Playing both sides of the Republican divide won’t work.

So if these are not winning strategies, what are? I wish I knew the answer. But I do know that we cannot afford to revert back to the same strategies that have failed us before. It’s time to try something new.

Let’s focus on making people’s lives better by fixing issues we can actually solve, instead of beating dead horses.

When a phoenix is reborn, it burns to the ground only to rise from its own ashes.