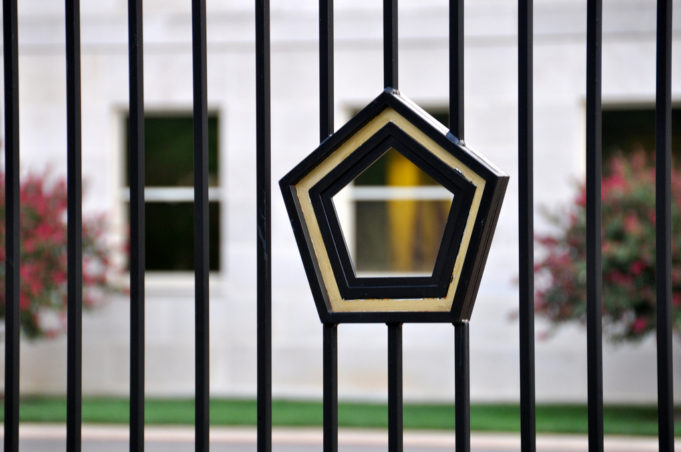 After foreign actors have launched cyberattacks and interfered with the domestic power grid, financial firms, and U.S. election infrastructure – namely Russia – the U.S. military is reportedly taking a more aggressive stance against foreign government hackers. Preventative cyberstrikes are now being touted as a “defend forward” policy on part of the Pentagon “to disrupt or halt malicious cyber activity at its source, including activity that falls below the level of armed conflict.”

The Department of Defense’s new “Cyber Strategy” now emphasizes an intention to “build a more lethal force” of first-strike hackers.

In April, Congresswoman Liz Cheney (R-WY) said in a report from FCW, “It’s absolutely incumbent upon this administration in light of this threat to provide some guidance…and it’s hard because we’re in a whole new world and our adversaries are moving forward.” Furthermore, she explained that the inability to define a potential or even active threat thwarts proper guidance on how the U.S. will operate in such a situation. Without the ability to clearly define adversaries, U.S. defense has lacked a deterrence policy.

Typically, a nation’s cyber warriors will establish a computer network in a secondary country before launching an attack on a third country. For instance, a cyberattack on part of the Russian government may be carried out by computers based in Britain, unbeknownst to them. Therefore, the new defense policy gives the U.S. military more authority to act on its own – even if it ends up being against computer networks based in allied countries.

Until recently, if the National Security Agency (NSA) observed Russian hackers building a computer network in a Western European country, the president’s National Security Council would need to weigh in before any action is taken. Now, according to Jason Healey, a senior research scholar at Columbia University and former George W. Bush White House cyber official, the new strategy provides a road map for the military to wipe out the enemy computer network in a friendly country, as stated in a report from CNN.

Around the world, there has been a growing threat from government-sponsored cyberattacks that disrupt civilian life. In fact, the victims of cyberattacks are usually in the private sector.

For example, in 2015, Moscow was formally accused of hacking Ukraine’s electric grid that led to widespread power outages, plunging the country in chaos. In 2016 and 2017, North Korea stole $81 million from Bangladesh’s central bank and carried out a worldwide attack on Microsoft computers through a ransomware attack known as “WannaCry 2.0.”

The Defense Department’s new strategy will not target civilian infrastructure, due to the fact that the U.S. must abide by a United Nations agreement that prohibits “damaging civilian critical infrastructure during peacetime.” Though, the Trump Administration is moving forward with allowing the military to have more autonomy over cyberattacks.