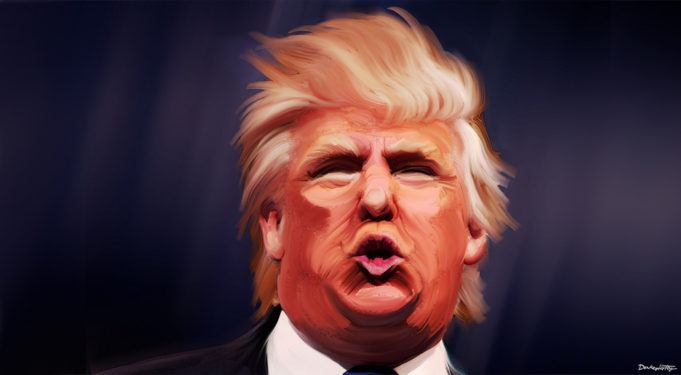 The Daily Wire’s Ben Schapiro — no fan of the president — wrote a rather caustic piece about Trump’s first day as a Democratic (sic) president in the wake of his deal with Schumer to raise the debt ceiling for a three month period with Hurricane Harvey relief tied in, a move that will give the Democrats some leverage in December when the budget comes back to the fore.

…but if one could have picked all the right players to put around President Trump?  One is really pressured to think how Trump could have done worse now that we are eight months into this presidency.

Now that the deadwood has been cleared out, it is clear what Trump has done with his own leadership team, and it’s advice as old as Seneca — let one hand wash the other, or more accurately, let Bannon and Priebus go to war and weed one another out.

The folks who stick around?  Are getting things done.

Trump has a reputation as a dealmaker.  His rapprochement with the Democrats who are apparently so hungry for any accomplishment at all that they are willing to work with a so-called misogynistic, racist, bullying, borderline rapist — the epitome of fascism in America just three weeks ago — has now been sanctified by none other than Chuck Schumer, the same man who excoriated Trump over DACA just two days prior.

What Trump has effectively accomplished is the fighting position of holding the ace while instructing both sides of Congress to end the public debate — and begin acting on legislation.

On immigration reform:  Trump was absolutely right to end the limbo of DACA.  Six months and the clock is ticking, and when the clock stops the endgame will lie in the lap of a Republican-led Congress.  Yet all parties know that immigration reform is worthless without border security.  The question is whether Trump will risk his marquee campaign pledge — The Wall (TM) — for a cap of 500,000 on new immigrants to the United States, a doubtful prospect at best.  Yet given the condition of 700-800K DACA recipients, Trump has the leverage to induce action before midterms.  Well played, White House… very well played.

On tax reform:  The Republican Congress was warned by this president and failed to act, either on Obamacare repeal or serious tax reform.  Trump pulled a play straight out of the businessman’s handbook — build a bigger pie.  By bringing Schumer and the Senate Democrats into the arena, Trump has accomplished three notable tasks: (1) Trump has accomplished what McCain demanded, a return to regular order; (2) Trump has put forward the prospect of peeling off moderate Republicans to achieve the populist portions of his agenda; and (3) Trump has sent a clear message to Republican leadership — fix the problem and enforce discipline, or the White House will find another way.  That ought to have an electrifying impact on House Republican leadership as well as Senate Republicans in toto — particularly on the three or four members on either wing that seem absolutely bent on an all-or-nothing approach.

On federal judiciary appointments:  Republicans have a once in a generation chance to reshape the federal judiciary, a bet the Democrats foolishly made by leaving so many vacant for so long in the hopes that Hillary Clinton would swamp the judiciary system with progressive appointees. Instead, the gamble failed… and it will now be the duty of Republicans to reform a judicial system away from activism and towards its constitutional duties of enforcing — not re-interpreting — the laws of the land.

One notices a pattern here.  Congress decides, the President approves.  Either way, the new bully pulpit has arrived, and Trump’s new staff reshuffling appears to be producing the intended results of both positioning and leadership.

That’s a grand bargain on all three — if the Republican Congress can manage to see it through.