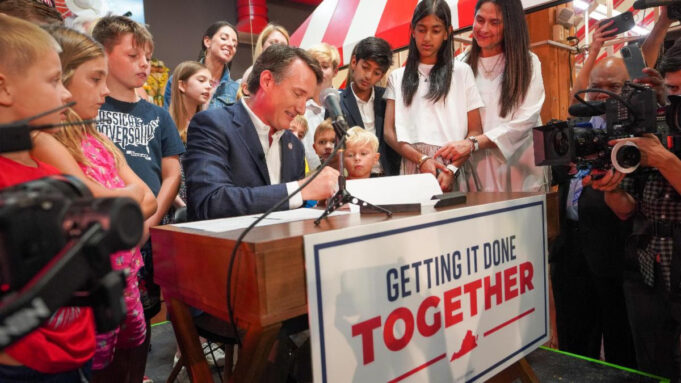 Virginia’s FY 2023-2024 budget includes some wins for both businesses and workers, according to pro-business organization NFIB Virginia and pro-labor organization Virginia AFL-CIO. General Assembly negotiators have emphasized the compromise nature of the budget, but flashy proposals on tax relief, education, and law enforcement have gotten most of the attention.

“Governor Youngkin and legislators agreed on many issues that are important to Virginia’s small business, including full funding of the commonwealth’s unemployment insurance program, but we’re disappointed that so some key issues didn’t make the final cut, like the three-month suspension of the fuel tax,” NFIB Virginia State Director Julia Hammond said in a press release. “Virginia’s small businesses are struggling with a host of issues, from inflation to a lack of workers to the soaring fuel prices.”

Virginia AFL-CIO Communications Director Destiny LeVere told The Virginia Star, “In regards to the budget, workers came out on the other side faring much better than expected. Good wins within the budget for workers, to name a couple, include raises for our public employees like our teachers and correctional officers. It could also be noted that the EITC (Earned Income Tax Credit) had a bit of an improvement which will be so helpful to low-income, working Virginians all across the Commonwealth.”

Raises for state employees was a key proposal that both Republicans and Democrats supported, as part of expanded budgets for law enforcement and education. The EITC is a program where low income earners can get a tax credit — but if they qualify for a larger tax credit than they owe in taxes, the language in the budget allows them to be refunded the balance. LeVere highlighted an explainer from WRIC.

Democratic negotiators fought for the refundable EITC, according to The Richmond Times-Dispatch.

“While the final budget includes some important provisions that are going to keep taxes in check, Virginia’s small businesses still need help,” Hammond said in the release.