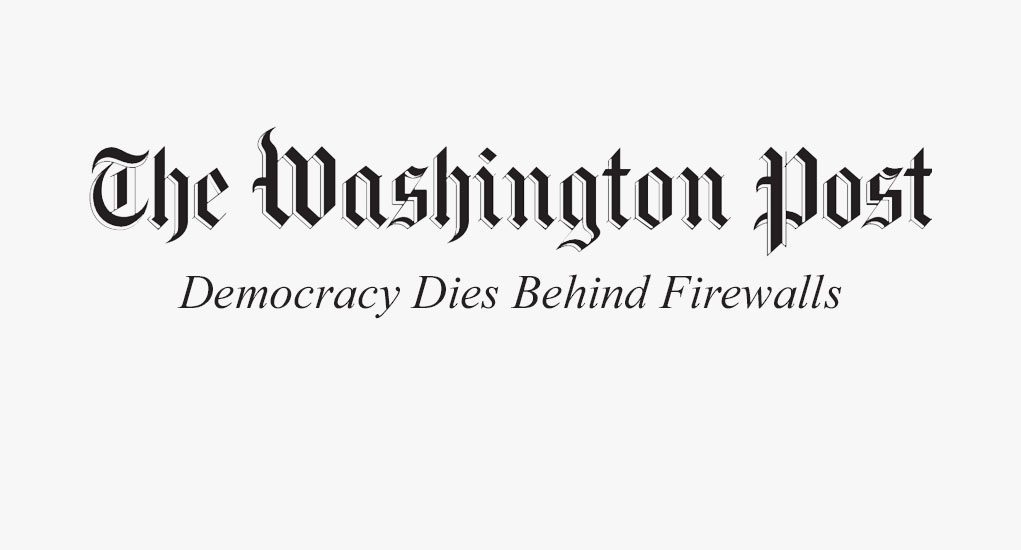 During the primary, Denver Riggleman spoke often about the “self-licking ice cream cones” of politics.  Today’s Washington Post gives us a perfect example.

For months, the Washington Post wrote off the Republican primary, saying Ed Gillespie was a shoo-in — which anyone who has followed Virginia politics knew would never be the case and hasn’t been the case throughout the modern history of the Virginia Republican Party.  Why else would Ed Gillespie be working the polls until the very moment they closed?

The Washington Post doesn’t need a better brand; it needs better souls at the helm and a higher standard of ethics.

Yet even after Gillespie won the nomination in a closer-than-the-Post-wanted-everyone-to-expect finish, they wrote the following headline: “Gillespie’s primary scare has White House, others urging ‘Trump world’ hires” — all the while basing their thinly-sourced story on a small handful of unnamed yet repeatedly quoted sources.

Today, we are greeted with this headline from the Washington Post: “Gillespie hires Trump operative who believes country is on verge of civil war.”

How about that headline?  That will drive clicks.  That will turn pages.

Let’s set aside for a moment the fact that the Washington Post’s Laura Vozzella spun this alarmist yarn about Jack Morgan, who a source confirms to The Republican Standard is helping both the Gillespie and Vogel campaigns part time on outreach in the 9th District where he used to be the party chair.  Yet Morgan’s labor in the vineyard barely merited notice four weeks ago.  What changed?

The Washington Post set expectations sky-high for Gillespie before the primary, manufactured a story about a campaign shake-up, and then fear-mongered over a part-time employee, while the Democrats have been self-immolating themselves over the Atlantic Coast Pipeline and find themselves reeling from the backlash of Antifa mobs beating reporters senseless and perpetrating violence elsewhere.

So rather than focus on the problem of the left, an old shibboleth comes to the play.  Drag back out an old store, dust off a self-fulfilling prophecy that took several months to develop and produce — not a staff shakeup nor high-dollar names — but well known grassroots activist who has done this sort of work time and time again for the Republican Party and whack him in the public square.

Of course, don’t bother asking where Pastor Morgan should go to get his reputation back. One suspects that Republicans at this stage take the excoriation of the Washington Post reporters and editors as a sort of red badge of courage (yes, that was intended).

The reasonable reader is left with one conclusion.  The Washington Post is openly in the tank for the Democrats.

This dynamic has been happening for a while in Virginia.  It’s been at least 40 years since the Washington Post endorsed a Republican for governor as Virginia gubernatorial candidates dutifully line up and attempt to make friends with an editorial board committed to their destruction each year every year.

Yet in a post-Trump era of Twitter and social media, the Washington Post’s grip on the hearts and minds of the electorate has slipped over the last 15 years, and noticeably so. Blaming social media for the demise of mainstream media is a canard at this rate.  The Washington Post doesn’t need a better brand; it needs better souls at the helm and a higher standard of ethics.

Ed Gillespie and the Republicans are finally standing up to them and pushing back.  A long time coming, but the WaPo’s exchange of reputation for power could only last but so much longer.