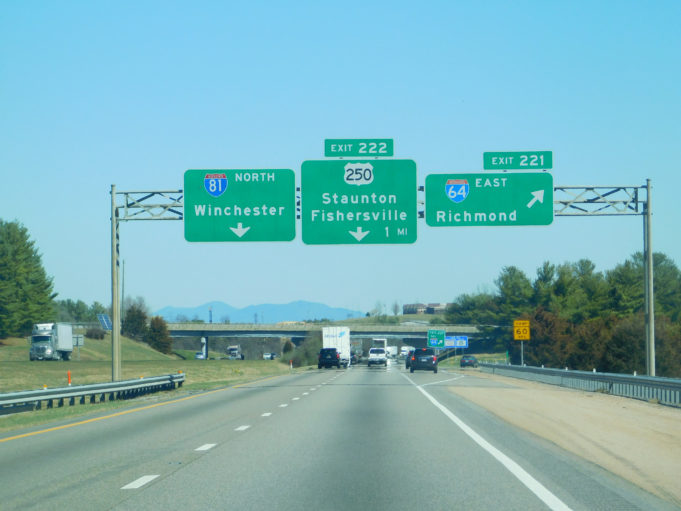 The plan to upgrade roadway infrastructure on Interstate-81 in western Virginia’s Shenandoah Valley overseen by a myriad of state officials has been approved. As it now has the blessing of the 17-member Commonwealth Transportation Board (CTB), the $3.3 billion improvement plan will go before the General Assembly in the 2019 session where lawmakers will decide over potential tolls or taxes to pay for the proposal.

Concerns have grown in some areas along the I-81 corridor that some quite dangerous stretches of roadway may end up being ignored. Drivers, residents, and government officials in the northern Shenandoah Valley claim that Frederick County may not get the improvements it needs to reduce traffic congestion and accidents, which have lopsided figures compared to other areas further south.

The team originally identified 105 “immediate” projects with an estimated price tag of $4.25 billion. However, due to funding challenges, the state is focusing on just 72. At least two dozen of these are recommended for VDOT’s Staunton District, which includes Frederick County, at a current estimated cost of around $900 million.

One of the major areas of focus on the 325-mile-long highway is around Harrisonburg. According to WHSV, VDOT has reported a 12 percent increase in traffic on I-81 around the area in the past five years, with delays increasing by 55 percent.

To pay for the project, tolls on heavy commercial vehicles located in a rage of areas have been touted on the notoriously truck-heavy interstate. However, many local trucking companies have said that will disproportionately impact their industry, especially on local routes around Shenandoah Valley.

A regional fuels tax increase of 2.1 percent is also being looked at, which is estimated at generating $60 million per year. Moreover, government officials say 0.7 percent increase in retail sales and use taxes would generate $105 million a year. Though, tolling is estimated to bring in around $135 million, annually.

While the Commonwealth looks to begin the projects within the next few years, they claim the best hope is to fund all 105 “immediate” projects by 2060, over four decades from now. Funding still poses a problem as, according to VDOT, widening the interstate would cost an estimated 10 to 15 million dollars for every mile of pavement.