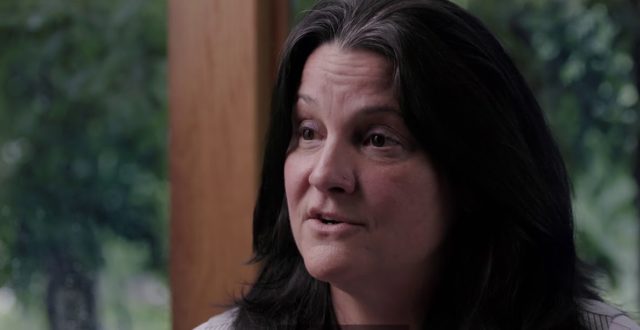 a state officer or employee, “whose principal employment is in connection with an activity which is financed in whole or in part by loans or grants made by the United States or a Federal agency,” is in clear violation of the Hatch Act.

Delegate Dawn Adams (D-68) said during her campaign for state office that she would give up her state job if she won — in accordance with the Virginia Constitution.

However, after her department investigated the legal technicalities, she decided she would stay as an employee of state government in defiance of her previous statement and promise to her constituents.

Moreover, after seeking legal guidance from the Office of the Attorney General, currently filled by Democrat Mark Herring, Adams claims, “there’s precedent for a state employee being in the legislature,” according to an interview from the Richmond Times-Dispatch.

Dawn Adams is currently a state health official, holding the position of Director of Office of Integrated Health within Developmental Services for the Virginia Department of Behavioral Health and Developmental Services (DBHDS). She is an executive branch employee and was making $117,810 per year prior to being elected to the House of Delegates.

To allow Dawn Adams an end run around the Virginia Constitution and allow her to be both a Delegate and a high-level state employee, she is relying on the 2001 opinion of the Attorney General which states that a classified employee may hold office in the House of Delegates. Unfortunately, Adams did not read the entire opinion. It clearly states that an employee must exercise no power or function in connection with a federally-financed activity. If so, they would be in violation of the Hatch Political Activity Act.

In the 2001 decision from Virginia’s Office of Attorney General, a state officer or employee, “whose principal employment is in connection with an activity which is financed in whole or in part by loans or grants made by the United States or a Federal agency,” is in clear violation of the Hatch Act.

According to the DBHDS website, the department receives federal block grants. The amounts of the grants are stated on the website and are as follows:

“The Commonwealth of Virginia receives federal funds each year from the Substance Abuse and Mental Health Services Administration (SAMHSA) under the Community Mental Health Services Block Grant (MHBG) and the Substance Abuse Prevention and Treatment Block Grant (SAPTBG). For State Fiscal Year 2018 July 1, 2017 through June 30, 2018, the Commonwealth has been allocated $11,848,348 in MHBG funds and $41,797,903 in SAPTBG funds.”

Therefore, Dawn Adams is currently administering $53,646,251 in federal funds within the DBHDS and drawing down $117,810 in salary, all while serving as an elected official. This would seem to be a clear violation of the Hatch Act and the opinion of the Attorney General she cites herself.

It is time for her boss, Governor Ralph Northam, to clean up this breach.  The law in this instance is becoming more and more clear — Delegate Dawn Adams must resign.