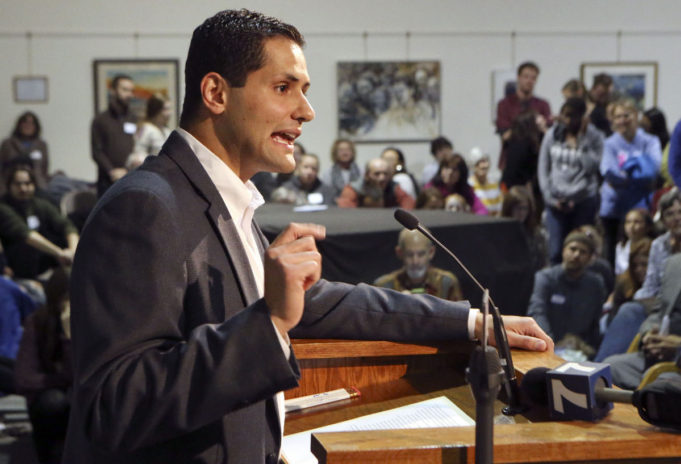 A Democratic lawmaker is under fire after a top Republican in the Virginia House of Delegates accused him of violating the state’s ban on political fundraising during session after a recent appearance at a fundraising brunch. Delegate Sam Rasoul (D-Roanoke) appeared at an Arlington County fundraiser held by the Together Virginia PAC, a Democratic advocacy group in which donations were made to the PAC.

The PAC, which boasts the mission to, “connect rural and urban perspectives in Virginia,” had two headliners of Delegate Rasoul, along with Jason Kander, a former Missouri Secretary of State and U.S. Senate candidate. Reportedly, he regularly advises Democrats on strategies to help progressives connect to voters in rural areas.

Under Virginia law, state lawmakers cannot accept or solicit donations for themselves or any other PAC while in session. The rule is set to dissuade the influence of wealthy patrons who have personal interest vested in the General Assembly.

According to the event site, the tickets for the fundraiser cost between $25 and $1000. The funds would, “benefit initiatives that work to connect perspectives of all Virginians such as local candidates in rural areas, outreach efforts of Democratic committees and Democratic Promise.”

The Democratic Promise initiative runs through Rasoul’s office as a “free initiative” to build party loyalty through community service. According to a report from the Richmond Times-Dispatch, Rasoul claimed he did not expect any financial benefit from the event, only accepted the invitation to speak to a crowd of “like-minded people.”

“I didn’t ask for money. In fact I donated myself to the fundraiser,” said Rasoul.

In 2017, Rasoul accepted a $500 donation from Together Virginia, as reported by the Virginia Public Access Project (VPAP). 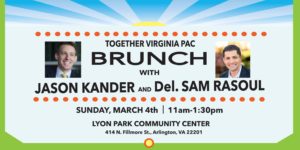 House Majority Leader Todd Gilbert (R-Shenandoah) charged that Rasoul’s involvement in the fundraiser was a “clear violation” of the fundraising ban. He explained that the donation he had already received from the group and the material suggesting that some of the money raised Sunday would go toward a Rasoul-led initiative.

“It was a clear attempt to circumvent the law,” Gilbert said. “And even though that’s what was attempted, it is still a clear violation of the law.”

Gilbert also explained that any legal action to be taken will be left to “some other authority” if it is warranted under law. Violations of the political fundraising ban are a civil penalty and one can be fined at least $500.

“It just seems like he could have easily waited until the session was over to do an event like that,” Gilbert said.

Stacy Synder, the founder of Together Virginia inferenced to reports that the promotional material used for the brunch was, “to give donors examples of how the money they contribute could be used.”

“There was no expectation that any of the funds raised would benefit Delegate Rasoul. He was there merely as a speaker,” she said.

During his 2017 campaign, Rasoul said he would no longer will accept special interest, PAC, or lobbyist contributions or any donations of more than $5,000 from individuals or businesses, according to The Roanoke Times.