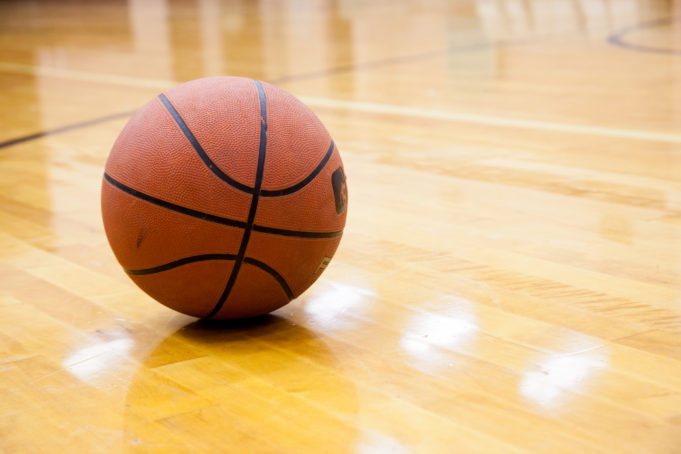 Conservative Texas Senator Ted Cruz and liberal late-night TV host Jimmy Kimmel squared off at Texas Southern University’s Health and Physical Education Arena on Saturday in game of basketball. Though, as the Houston Chronicle explained, the match was really, “two, middle-aged American men playing a slow-motion car-crash of half-court basketball for charity and political one upsmanship.”

The event, which turned out to be more of a contest of who could miss the most shots and best-in-class “Dad bod,” was sparked after some trash talking on Twitter — because even adults aren’t safe from that.

Cruz had posted a picture on Twitter saying that he would support his home-state Houston Rockets over the famed Golden State Warriors during Game 7 of the Western Conference Finals. Kimmel hit back, joking that Cruz resembled a blobfish, a disgusting, bulbous, bottom-feeding creature that dwells at the deepest depths of the world’s oceans.

After the two went back and forth on social media, Cruz posited the idea of a basketball game to end the tiff. Kimmel took him up on the offer and the two agreed that the proceeds from their $5,000 wager would be donated to two local charities, the non-profit Generation One and Texas Children’s Hospital.

In the half-full, 8,100-capacity venue, due to the fact that it was a half-court style match, enthusiastic crowd-goers were privy to witness supremely lackluster footwork on the court while being barraged with bevy of beach balls bouncing around the stands.

A majority of the fans looked as if they were on the side of Kimmel, in terms of sporting and political ideology. So many fans donned T-shirts proclaiming their support of Cruz’s Democratic opponent Beto O’Rourke that it looked like a the beginnings of a Democratic convention. Though, Cruz, wearing a “Houston Strong” shirt, had a good amount of hometown support. Still, even Stephen A. Smith would call these guys these guys “bona-fide scrubs.”

Supporting Kimmel, Houstonian Rodrigo Ortiz said, “We came to support Jimmy Kimmel in a basketball game against versus Ted Cruz because we really believe that everything that Ted Cruz is supporting is against everything that we support and think this country should be supporting.” Commenting on the split in the crowd, “I would say that most of the people watching Jimmy Kimmel show are people that would not support the things that Cruz believes,” Ortiz said.

On the other hand, Randall Haynie, a Houston resident proudly wearing a Trump shirt and a “Make America Great Again” hat, explained who he was supporting in the game between the two celebrity heavyweights. “These events don’t usually happen when a senator or someone calls out someone. That person [usually] backs down.”

“Another reason is to see my senator…I hope Cruz wins.” Haynie said.

The game, dubbed the “Blobfish Basketball Classic,” was set to end when one of the players reached 15 points, with each basket being one point. However, as time ticked by, the rules were changed mid-game so that the crowd-goers wouldn’t being prisoner to a game that seemed to go on as long as one of Cruz’s filibusters in the Senate. By then, 11 points were needed two win, and outscoring the opponent by two.

In a match riddled with epic athletic fails, it was also an battle overshadowed by political gaffes. Kimmel stopped the game a couple of times in attempts to engage Cruz in a discussions about detentions and family separations along the southern border as well as health coverage of those with pre-existing conditions. However, Cruz’s responses were drowned out by crowd noise with many shouting “play ball!”

That prompted Kimmel to yell back to the crowd, “That’s as close as we’re going to get to a town hall.”

After a nearly two-hour contest, Cruz emerged victorious, taking down Kimmel in a hard-fought 11-9 victory. Even though Kimmel lost, he may still keep clowning Cruz on social media. “Well, I don’t think that has anything with who wins or loses the game,” Kimmel said. “I take the shots as they come.”