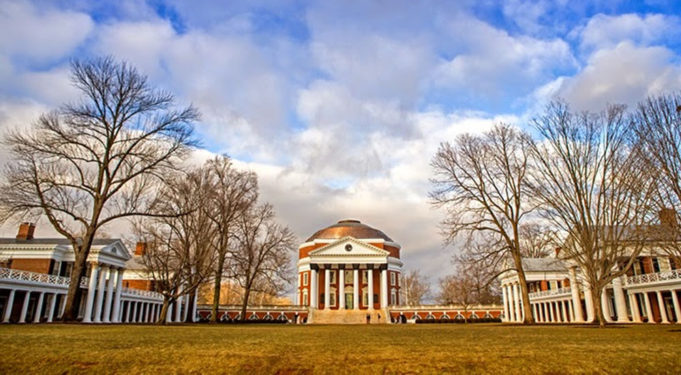 UPDATE:  William Travis Walker Jr. a former vice-president at the College of William & Mary, offers this erudite and thoughtful critique of this article via social media: 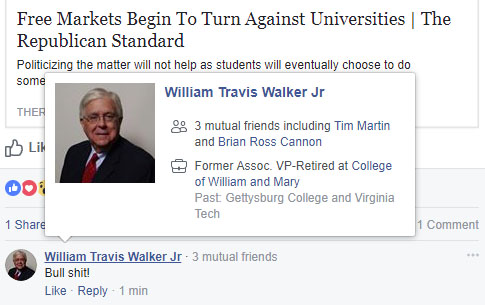 …just in case you were wondering whether the critique was off the mark. Do read on.

Something to be said for conservatives financing their own demise.  From a mostly-excellent longform essay in the Washington Post:

“The establishment has created this thing that if you don’t go to college, you’re somehow not equal to someone else who did,” Antenori said, sitting with his wife, Lesley, at the dining room table in their modest one-story ranch house.

Antenori said when he was in high school in the 1980s, students were directed toward college or vocational training depending on their abilities.

“The mind-set now is that everybody is going to be a doctor,” he said. “Instead of telling a kid whose art sucks, ‘You’re a crappy artist,’ they say, ‘Go follow your dream.’ ”

The Antenoris did not steer their two sons, 23 and 22, toward college, and neither went. One helps at home on the ranch, and the other is enlisted in the Army.

Of course, dripping throughout the essay is the utter contempt of the journalistic set themselves.

These rubes.
These backward conservatives.
These deplorable anti-education knuckle draggers…

Between the lines, one merely reads the overt concern of post-secondary administrators — namely that conservatives want to turn the money off.  Which is precisely the wrong lesson here, as conservatives (and not a monolith, but an entire spectrum of center-right thought) simply doesn’t get a foothold in today’s university setting.

Alasdair MacIntyre in his book After Virtue opines for another Benedict, and it is in God, Philosophy and Universities where he opens up, stating that what is required today is not the monastery but the university — a place where truly conservative thought in the traditional sense of conserving liberty, tradition, and common things might have a chance to flourish on their own accord.

There’s a certain tragedy in a university setting which credentials hundreds of thousands of young minds every year without providing them an education at all.  Most are told what to think; few are taught how to think.

What should be more alarming to outsiders is the leftist response to conservative concerns, which are in turn only interpreted as a certain betrayal of and inconsistency in what liberals claim to believe.  Open-minded… but only to a point.  Inclusive… but only to those with whom they agree.  Tolerant… except when an idea challenges their worldview.

William F. Buckley used to taunt the left by stating how liberals claim to want to give a hearing to other views, but then are shocked and offended to discover that there are indeed other views.

This isn’t to say that most colleges and universities are tone deaf to the problem.  Indeed, when one speaks to most of the professors, the problem is heartily acknowledged — at least, outside of the departments where the soft sciences are taught.

The problem, of course, is that administrators are slow to change what’s working.  Lenders have yet to find the ceiling for which prospective students are no longer willing to pay for an education.  Therefore the price goes up, and along with it the budgetary demands upon state governments.

Politicizing the matter will not help the problem, as students will eventually choose to do something profitable rather than enlist in the ranks of the fleeced.  Something that may shock and offend liberals, but is a hearing that the free market will eventually impose upon an outdated and sclerotic education system.