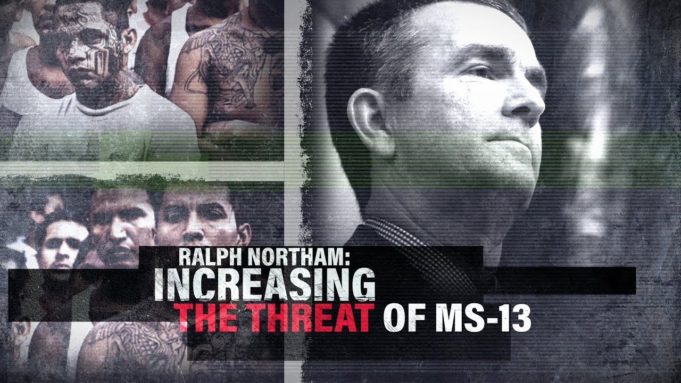 There’s a really simple endgame to this: Northam should stop creating conditions that support and help MS-13.

This one is going to upset many a Democrat and absolutely outrage just about every Republican.  A tragic and sad case — if for no other reason than it was entirely preventable, involving MS-13’s violent and brutal murder of a young man in Bedford County, Virginia:

A federal grand jury in Maryland charged eight young men in late September in connection with their alleged roles in a violent gang racketeering conspiracy in the Maryland suburbs of Washington, D.C. That indictment was unsealed Wednesday.

The indictment alleges that from at least 2015 through September 2017, the defendants were members and associates of MS-13 who planned and committed murders, drug and gun trafficking and extortions, according to the statement. It states several defendants were involved in four specific killings and an incident where two victims were shot and stabbed.

Northam’s protestations at this rate regarding MS-13 activity is that the violence and brutality simply doesn’t exist; that Gillespie is exaggerating the problem; that MS-13 isn’t here and the presence of MS-13 is negligible in Virginia at best.

Small consolation for the parents of a 17-year old teenager:

Three alleged members of MS-13 were charged with either capital murder or first-degree murder in the death of 17-year-old Raymond Wood, from Lynchburg, earlier this year. Deputies found Wood’s body on Roaring Run Road in Bedford County the night of March 27. The three defendants also have been charged with robbery, gang participation and abduction for profit.

Lest our more left-leaning friends assume that this is the manufacturing of a narrative, one should be very clear about the threat MS-13 imposes on our nation’s inner cities as the Sinaloa Cartel in northern Mexico attempts to reconsolidate power — one of about five cartels competing for the heroin trade in the United States: 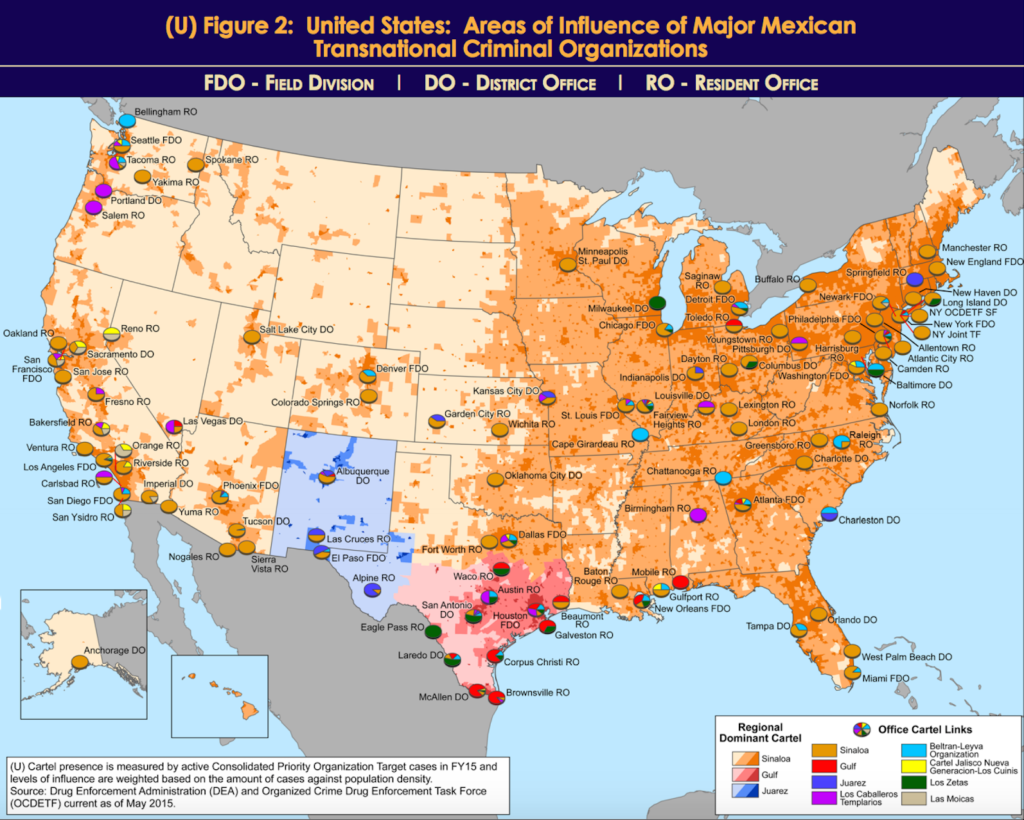 The relationship with the cartels and MS-13 is already pretty well documented. Surely Northam and the Democrats cannot be so obtuse as to deny this (though who knows — after refusing to meet with law enforcement over petty politics, this would have been the useful information they would have exchanged…)

Nor is this the only instance of a brutal murder of a teenager in Virginia at the hands of MS-13.  The FBI’s 10 Most Wanted includes members of MS-13 who are being apprehended right here in Virginia.

The cover that sanctuary cities offers to violent criminals comes part and parcel.   FBI has already stated the threat to be anywhere from 10,000 to 30,000 MS-13 members operating right here in the United States today, mostly immigrants from Central America and not all of them here legally.

Obviously, the Democrats could have made a moral argument for sanctuary cities, namely that we don’t plow through 100 innocents to find one guilty MS-13 member.  Yet that is not the argument Northam and his handlers have made — nor will they.

To date, the Northam campaign’s limp response has been that the vote to ban sanctuary cities in Virginia was politically orchestrated.  What Northam’s handlers neglect to tell folks — and the reason why his response to sanctuary cities has been so utterly devoid of any shred of moral or ethical compass — is because Northam voted the way he did solely because he knew of the consequences from Perriello in the Democratic primary if Northam had voted the other way.

This is what makes Northam’s position on sanctuary cities so odious.  Neither sensitive in support of undocumented workers, nor principled in a commitment to fight against violent gang activity, Northam opted for the path of least resistance…

…and that moral weakness is rightly exposing his position on MS-13 as dodging hard decisions, not a perspective of leadership.

Instead, realities are what they are.  Sanctuary cities have the unfortunate side effect of allowing violent gangs such as MS-13 the latitude to operate.  Lest the definition of “sanctuary city” be entirely unclear, let’s be very certain about what a sanctuary city does and does not do.  A ban on sanctuary cities does not turn every deputy into a federal agent.

Rather, what a sanctuary city does is prevent local and state law enforcement from co-operating with federal law enforcement in the prosecution of federal immigration law.

The question for Northam was whether or not localities in Virginia should be mandated to assist federal law enforcement — not to turn them into federal agents.  Northam decided to leave Virginia law enforcement in a state of superposition — not because he believed one way or the other on sanctuary cities (or cared about MS-13), but rather because he simply lacked the intestinal fortitude to take a stand.

That’s deplorable — especially when lives are at stake and life-and-death realities are being dealt with by Virginia’s law enforcement professionals… something Northam and McAuliffe would know if they cared to meet with them.

Facts are, the problem is real.  Northam may not have the moral fortitude to enforce law and order, but Virginia voters have a strong alternative in Ed Gillespie who will stand firm against MS-13 right here in the Commonwealth.

UPDATE:  Surprisingly enough, Vox has a somewhat cynical yet informative (from a perspective) backgrounder on this that is actually quite insightful, barring one overarching error in argument that galls me to no end — the fallacy that if one is against position A (Northam’s flabby and gutless position on MS-13) then one must obviously be for the polarizing opposite position of C (federalize all law enforcement and crack down Gestapo-style on illegal immigrants):

The way the ads work is to dwell at length on the evils of MS-13 (which are quite real) and then say Northam’s name a bunch, thus attempting to create a link between a brutal criminal organization and an Army doctor turned pediatric neurosurgeon.

Whatever one thinks of that legislation, the fact is that there are no sanctuary cities in Virginia, which makes it pretty cut-and-dried that sanctuary cities are not behind the rise of MS-13 activity in the state.

Beyond logic, the Gillespie/Trump stance on the linkage between their preferred immigration policy and crime control is ridiculous. Law enforcement organizations are profoundly skeptical of efforts to drag local cops into immigration enforcement precisely because it can make it harder to face down violent criminals like MS-13. After all, nobody is going to come forward as a witness or informant if they think it could lead to getting a spouse or a sibling deported.

Poke a few holes in this one, folks: (1) MS-13 is indeed quite evil and very real, (2) Virginia’s superposition on sanctuary cities make us a “yes and no” on the question — see this piece in Richmond’s Style Weekly for some more insight, and (3) no one is arguing for the federalization of local law enforcement — no one.

There’s a really simple endgame to this: Northam should stop taking actions and creating conditions that support and help MS-13.  Or at the very least, have the integrity and make the argument that sanctuary cities do indeed come at a cost… but don’t deny that the cost exists.