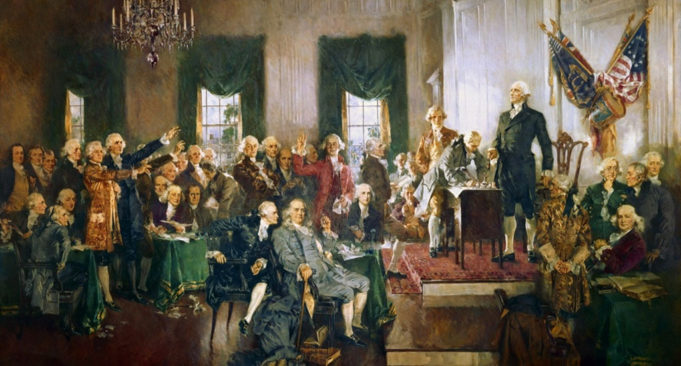 There has been recent talk of an attempt by members of the RPV State Central Committee to attempt to reverse course on the method of nomination we chose on December 5. As a member of the SCC I believe it is important we stand by the decision we made over a month ago to nominate our 2021 statewide candidates by convention.

First, I believe strongly that the SCC must stand up for its institutional prerogatives. In the weeks following our December meeting, I and many others on the committee have been subjected to an intense and sophisticated robocall campaign of unknown origin attacking us personally. Worse, many of us were doxxed.  For three weeks I received non-stop calls on my personal cell phone from irate voters who, when I spoke to them, had no real idea why they were being asked to call me.

I’m a big boy and I can take the criticism, but three weeks of non-stop calls to my personal cell phone was, in my view, deeply inappropriate.

All told, the State Central Committee has been placed under incredible pressure for a month. If we reverse the decision we made on December 5 to hold a convention with the understanding it would be an unassembled convention, we will validate every one of these tactics and be seen as having capitulated to this pressure. We will be viewed as having caved to this candidate and these tactics, and no one should be surprised when this candidate and others crow about their success in buffaloing this committee into doing their will. If for no other reason than our institutional self-respect, we should reject these tactics and the outcome they seek.

Second, when I moved for a convention, I viewed us as engaging in the traditional primary versus convention debate, with the collective understanding that the convention option, of necessity, would be unassembled and that necessary amendments to the party plan would be a formality. I am disheartened this formal process is now being used to get a second bite at the apple and relitigate the question of primary versus convention. This amounts to taking extraordinary steps to reverse a democratically taken decision by the committee.

We debated the question for hours on December 5.  The issue has been fully ventilated, and the time to raise the points being raised now was during debate at the previous meeting.

Chairman Anderson has said on two separate occasions that reversing would be a mistake and that “our party looks to us for consistency, accountability, and a degree of predictability, all of which instills confidence in our state party”.  I agree with Chairman Anderson that reversing now would prove SCC to be inconsistent and unpredictable and erode the confidence Virginia Republicans have in us as RPV’s governing body.

Third, candidates have relied on the decision the SCC made in our December 5 meeting. They have hired staff, adjusted budgets, and formulated strategies to campaign in a convention process. They have foregone circulating ballot petitions to obtain the necessary 10,000 signatures to participate in a statewide primary. The committee will appear fickle and unreliable if it flips on this question and force the campaigns to, in effect, completely restart.

Fourth, I do not want the decision we make to be the product of sheer exhaustion.  No decision SCC makes should effectively be committee members, exhausted from endless debate and parliamentary maneuvering, crying “uncle” and reversing their votes simply to end debate and put the issue behind us.  This is no way for the party to make decisions.  As State Central Committee members, we are charged with making the best possible decisions for the party based on our considered judgment, not exhaustion.

I know many in the party have different views on this question. I see both sides of the questions and, as I said in the December 5 meeting, it was a close question for me personally. I thought our December 5 meeting was respectful and edifying.  But we made a decision, and that decision deserves to be respected, particularly in the face of the intense efforts from many corners to get us to reverse it. Many details of this convention need to be addressed.  It is my hope that we can spend the bulk of our time on Saturday productively answering these questions so we can hold a successful nominating event.

Whatever SCC decides, rest assured I will support the committee wholeheartedly and work my tail off to make 2021 a year of Republican renaissance in Virginia.  We must come out of Saturday unified, and I will do my part to see that this happens. I cannot wait to work with all of the members of the State Central Committee to help sweep the statewide races and win back the House of Delegates.

Mike Ginsberg is the RPV State Central Committee representative for the 11th District of Virginia.